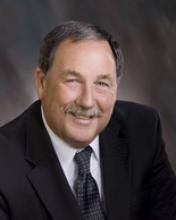 KION is told Gunter passed away at a local hospital.

Gunter was first elected as Mayor in 2012. Previously, he spent decades working at the Salinas Police Department. According to the city's website, he joined the department in 1969 and retired in 2002.

Gunter was actively involved as a leader or volunteer in several community
organizations.

“He did what he did, he served his community, because he loves Salinas. And that was apparent in anything he did. He was a steady hand. He was a steady voice in the city. And for that he gained the respect of so many. Look at the progress he has made in the city since then,” fellow veteran and close friend Tony Virrueta tells KION.

As news of Gunter's passing spread, local leaders were quick to share their
memories and condolences.

Salinas City Councilmember Scott Davis writes, “my heart sank when I heard Mayor Gunter passed away this evening,” adding “I am at a loss for words.”

Assemblymember Robert Rivas, whose district covers the City of Salinas, shares on Facebook, “(Joe Gunter) cared deeply about Salinas and fought
hard to improve the quality of life of every resident. We’ve lost a true public
servant.”

Monterey County Supervisor Luis Alejo says “Joe was one of the most dedicated public officials I ever met and was a dear friend.” Supervisor Chris Lopez described a friendship, saying “we (Mayor Gunter and I) would negotiate, argue, make points and counterpoints, but at the end he would always ask how the baby was doing and genuinely listen to my responses.”