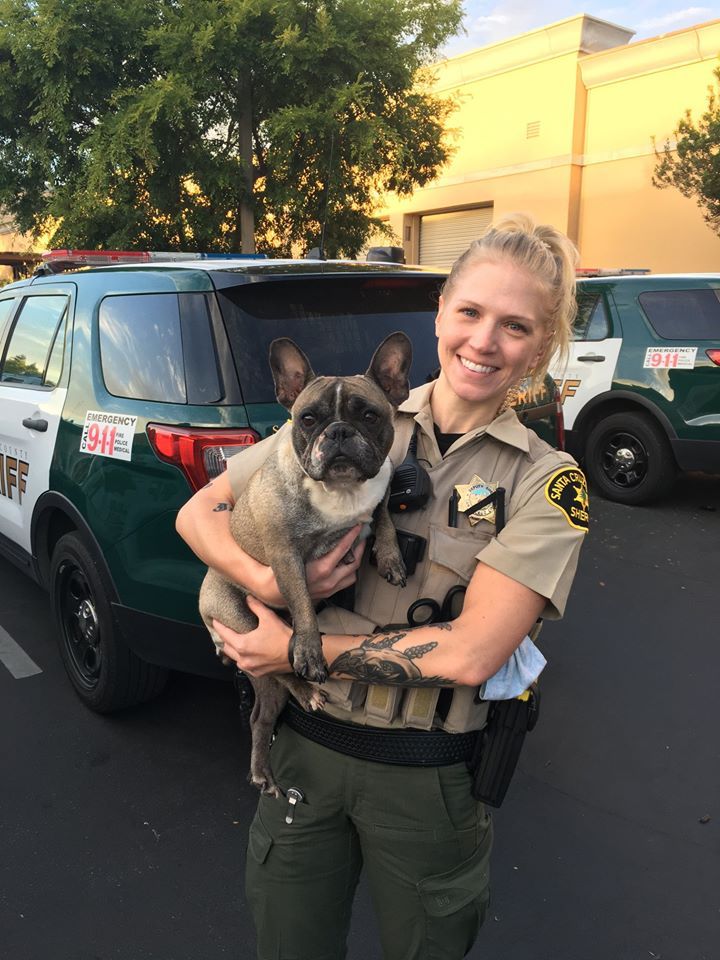 MARINA, Calif. (KION)--Santa Cruz County Sheriff's Office deputies have returned Mila, a French Bulldog to her owners after she was stolen from the victim's Marina home in October.

Officials say the victims told deputies they knew where Mila was and Deputy Cone contacted a potential suspect. Animal Control came with Deputy Cone to meet the suspect and the dog so they could check for a microchip.

When they scanned it, it was Mila. Deputy Cone brought her to her owners.

They say with her tail wagging and tongue out, Mila was reunited with her family.

No arrests have yet been made.