MOSS LANDING, Calif. (KION-TV) -- UPDATE 10/1/22 2:17 PM: Monterey County is reporting air quality was "no threat to human health" during and after a fire at the Moss Landing substation on September 20.

The county says sampling was done in multiple locations with the assistance of the United States Environmental Protection Agency and NES Consulting, an environmental health and safety company.

The initial report was there was "no threat to human health or the surrounding environment" and a shelter in place advisory and highway closure was lifted around 6:50 that night.

Air sampling continued after that time with results continuing to show no danger.

"The analytical results indicate that particulate fluoride and hydrogen fluoride air borne concentrations around the perimeter of the BESS site were below the detection limit for the method, and well below the applicable permissible exposure limit for both chemicals," said the county.

Monterey County's Environmental Health team is going to continue looking into ways to mitigate wastewater and soil contamination resulting from the incident by creating a water sampling plan in advance of disposal/discharge of fire water, plus a soil sampling plan in the area of the Megapack fire.

The county said they'll be working with Tesla and PG&E's environmental teams to do so.

It's been over 48 hours since a fire sparked at the Moss Landing powerplant substation, and things appear normal again.

The harbor is seeing cars in the parking lot again, and whale watchers can enjoy the pastime without concerns for their health. Highway One is back to being a busy commute.

However, some residents close by here do miss that sweet, sweet quiet when the shelter in place was in effect.

The big question on everyone's mind, though, is what was in the smoke that caused the shelter in place?

The fire was never a concern for the well-trained firefighters who responded.

North County Fire Captain John Hasslinger explained, “With our training when a battery gets involved, we are directed to not actively extinguish that fire. We’re gonna let that battery burn and protect the exposures around it.”

Air tests that were done don’t seem to conflict with the training either.

According to a statement from Air Pollution Control Officer Richard Stedman: “Currently, there are no air quality concerns from Tuesday's incident in Moss Landing. The first responders who responded to the scene did a good job of preventing the fire from spreading.”

We did reach out to PG&E and Tesla again to see if there is any more information about what happened Tuesday. We’re still waiting for a response. 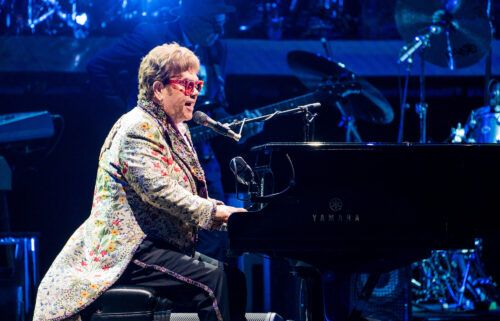