KANSAS CITY, Missouri (KCTV) — An effort more than a decade in the making has brought a Missouri man home 81 years after he was killed in the attack on Pearl Harbor.

The remains of Seaman First Class Wilbur Francis Newton arrived at Kansas City International Airport on Tuesday thank to a United States Department of Defense project to identify the more than 400 crewmen killed on the USS Oklahoma during the attack at Pearl Harbor.

For his family, if the effort had come much later, this might not have happened.

The children of Newton’s cousins recalled what they learned as kids about him.

“My mom mentioned Wilbur a few times when I was growing up,” said Jane Perkins. “I think you have to get a little older to really realize the significance of someone dying in Pearl Harbor. I remember it was in junior high when it really hit me.”

“I knew that my father had a first cousin who got killed at Pearl Harbor. Until 7 months ago, I couldn’t have told you what his name was,” said Robin Deeds.

Newton was among more than 2,000 killed that day: December 7, 1941. The effort to identify his remains came not from his family but the Department of Defense agency known as The Defense POW/MIA Accounting Agency (DPAA)

Late last year, Newton’s oldest living relative, a cousin in nursing care, got the call that Newton’s remains had been identified. Deeds is the son of that cousin and took over from there due to his father’s advanced age.

“After 80 years, you give up after a certain amount of time,” said Deeds.

“We weren’t actively pursuing this. I thank God in Heaven that there are people who were,” said Perkins.

The remains of those killed were buried in a mass grave in Hawaii.

In 2015, the DPAA began exhuming the remains of those killed, but they began reaching out to relatives for DNA samples before then. The timing was essential to having the identification come through for Newton’s family.

Researchers need maternal DNA to get a match, and the last living relative on Newton’s mother’s side died in 2012. The Navy managed to reach her before she died.

“I’m a believer and I believe God’s timing is perfect,” Perkins said.

Newton’s remains arrived at KCI late Tuesday afternoon. The United States Navy provided military honors as he was transferred from the plane to the funeral hearse for a burial this weekend in Mound City, Missouri.

Deeds was tasked with picking out a casket, a burial site and date. Another cousin started researching where others in the family were buried.

Only after getting the call from the Navy did Newtons’ cousins’ children learn his parents had a grave and marker set aside for him next to theirs — purchased before their deaths in the late 1940s.

“It’s peaceful, finally, more than closure even, I mean it’s peaceful to know that he’s going to be there in a plot selected by his parents with his parents. The marker that’s already there put up by his parents, it’s where he belongs,” said Perkins.

“This story is 80 years in the making. And never thought that this would ever happen,” said Deeds.

The cousins agreed that the Saturday before Memorial Day would be a fitting day for his burial. Both Deeds and Perkins remarked that the process has brought the living generation of cousins closer. More than 50 of them will be at the funeral service on Saturday, some of whom haven’t seen each other for decades. 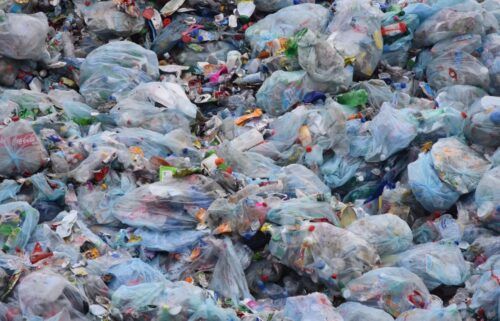