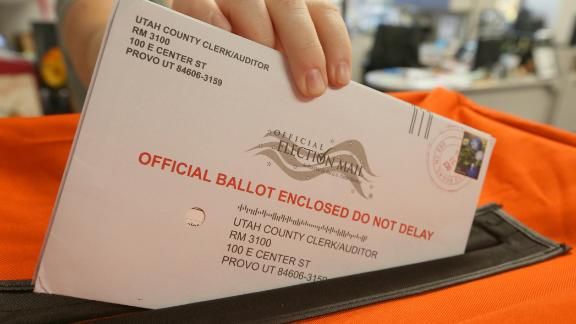 HOLLISTER, Calif. (KION) On November 2nd, the City of Hollister is holding a special municipal election after councilwoman Honor Spencer resigned her position.

There are currently five candidates in the running for District 3 and it represents a total population of about 8,500 people.

"The board decided to instead of having an appointment. They will have an election and bring this matter up to the voters so that’s why we’re here today,” said Francisco Diaz, Assistant County Clerk for San Benito County.

The County has had in-person voting since Saturday but only about 11 to 15 people voted in person so far with about 839 mail-in ballots. According to the assistant county clerk, this makes about a 13% to 15% voter turnout. The county clerk says the low voter turnout may be the result of the unusual timing of the election.

"It’s occurring in an off-year for elections because this is an odd year and elections normally occur in this county, exclusively in even years, and so that’s why I think people are just not used to voting,” said Joe Paul Gonzalez.

But the Mayor Pro Tempore for the city says a lot is riding on this election.

"I think it's very important for the people to be informed and to make a decision because I think that this could determine how we do or don't develop our city in the future. And I think that's what's the most important thing that's at stake right now for that race," said Rolan Resendiz.