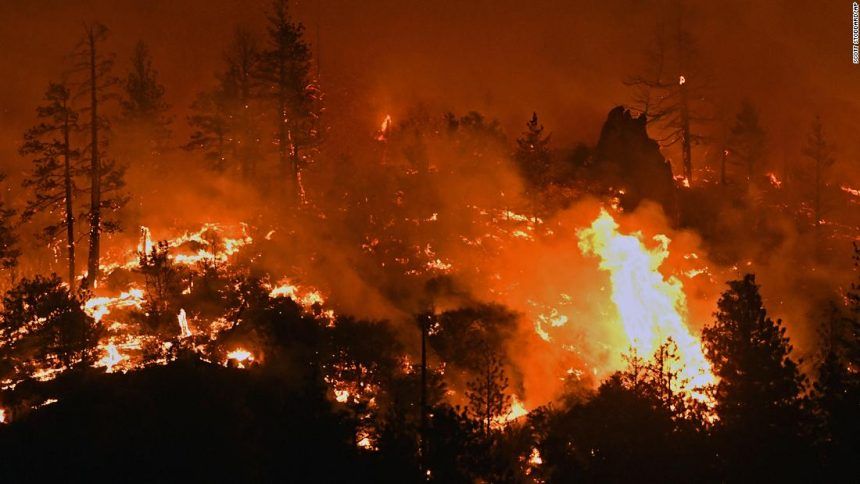 SALINAS, Calif. (KION) On Monday, Governor Gavin Newsom signed a bill intended to protect agricultural workers from wildfire smoke by classifying them as essential workers to allow them access to PPE and wildfire safety training.

Last year, while the fires on the central coast were blazing, farmworkers worked tirelessly, exposing themselves to the elements. Last year uncovered the urgency of having access to PPE equipment like N95 masks.

"There was a cloud, I mean it was…. it was really bad,” said Lauro Barajas, UFW Regional Director for the Central Coast.

"All of California’s farm and agricultural workers are now included in the definition of essential workers that can access the state's personal protective equipment are PPE stockpile. It also specifies that wildfire smoke events are among the health emergencies that require our state to mobilize the distribution of this, such as N95 masks," said Rivas.

According to a study carried out in 2020 by UC Davis, exposure to ash from wildfires poses significant health risks for ag workers and it's this exposure that Barajas fears.

"It’s common sense that breathing those ashes for hours that’s bad for you. You’re going to have problems in the future," said Barajas.

While Barajas applauds efforts in helping AG workers, he feels that isn't a solution for some of the conditions that ag workers have to work in.

"The real answer or a better answer will be that there's experts like measuring when the really risky condition comes in effect and giving the order to the companies to stop," said Barajas.

Assemblymember Rivas acknowledges that the bill won't answer all the issues ag workers face when dealing with wildfires but hopes it's a step in the right direction.

"It isn't going to minimize the dangers that they step into every single day will go on the job. We just hope that this is going to help," said Rivas.