MONTEREY COUNTY, Calif. (KION) the Monterey County Office of Elections said many poll workers canceled the day before or did not show up Tuesday night's recall election. The county's administrative officer tried to resolve the issue by sending an email asking county employees to help out.

Monterey County has seen a steady stream of voters coming in to cast their ballots so far. For some people, this election will be the first time they vote. Eric Lopez, an 18-year-old is one of them. He was disappointed after not being able to vote in the presidential election. But he's glad he's able to vote this time.

“I was pretty hesitant going in, I didn’t know what to expect," said Lopez.  "But it was pretty smooth, the ladies helped me out in there and they just kind of guided me step by step and I got done pretty fast.”

Jose Garcia is one of several Latinos in Monterey County casting their vote. For Garcia, it was important to vote for someone he believes would be best to represent his community. Latinos have been neglected for a long time and it's important that they are counted and their voices are heard, he said.

"To go and let them know that we are here establishing ourselves in politics as Latinos," said Garica. "It's important for all of us to do that, overall just think we have to focus and our community."

It was important for him to vote in person rather than by mail to make sure his vote was secured and counted, he said.

The Monterey County Elections Office Registrar came outside just a few minutes before closing. She and other poll workers were on the lookout to make sure all last-minute voters got to turn in their ballot. When the clock struck at 8, the Monterey County Registrar, Gina Martinez yelled, "The Polls are Now Closed."

It is unknown how long it will take them to finish counting all the ballots. The elections office is expected to receive ballots from 138 polling sites around the county.

"The poll workers put together their supplies, they do some initial counts, and they seal things, to transport to a receiving center back to the elections office," she said."Those items come back here, we start the process and we get our regular ballots into tabulation, and we tabulate them."

It's important to note that there is a canvas period right after. The office will continue to count mail-in ballots and provisional ballots. According to Martinez, the election is not certified until October 14. 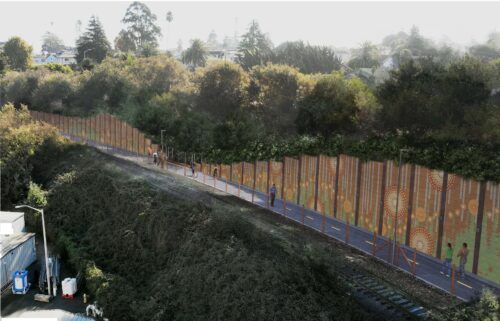