Amazon’s highly anticipated, and reportedly quite expensive, “Lord of the Rings” series finally has a premiere date.

The series, which is based on the beloved books by J.R.R. Tolkien, is set to debut on September 2, 2022 on Prime Video, the company announced on Monday. The show will premiere in 240 countries and territories worldwide and new episodes will be available weekly, according to Amazon.

Filming of the first season ended Monday in New Zealand.

The show will take place “thousands of years before the events of J.R.R. Tolkien’s The Hobbit and The Lord of the Rings books” and will follow an ensemble cast, according to Amazon. Some of those characters will be familiar while others will be new.

“I can’t express enough just how excited we all are to take our global audience on a new and epic journey through Middle-earth!” Jennifer Salke, head of Amazon Studios, said in a statement. “Our talented producers, cast, creative, and production teams have worked tirelessly in New Zealand to bring this untold and awe-inspiring vision to life.”

The still untitled “Lord of the Rings” series is significant for Amazon as the tech giant attempts to further root itself in the streaming world. The show was first announced in 2017 and has garnered attention for its reported production budget.

The Hollywood Reporter reported in April that just one season of the show would cost more than $450 million — a total that blows away the budgets of other major TV shows and series.

The anticipation is high also because “Lord of the Rings” is one of the most beloved stories in literary and pop culture.

The series — which tells the tale of Hobbits, wizards, elves and humankind battling evil and temptation in the high fantasy world of Middle Earth — has charmed audiences for decades leading to a cult-like fanbase.

The brand has spawned merchandising, games and multiple blockbuster and award-winning films.

The company has been on the hunt lately for other intellectual property to fill out its Prime Video streaming library. In May, Amazon purchased the iconic movie studio MGM in a deal valued at $8.45 billion, giving the online retail giant a deep library of film and TV shows with the famous studio’s more than 4,000 films and 17,000 TV shows. That includes popular franchises such as James Bond, Rocky and “The Handmaid’s Tale.” 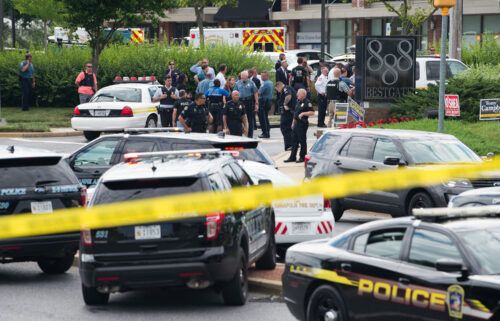