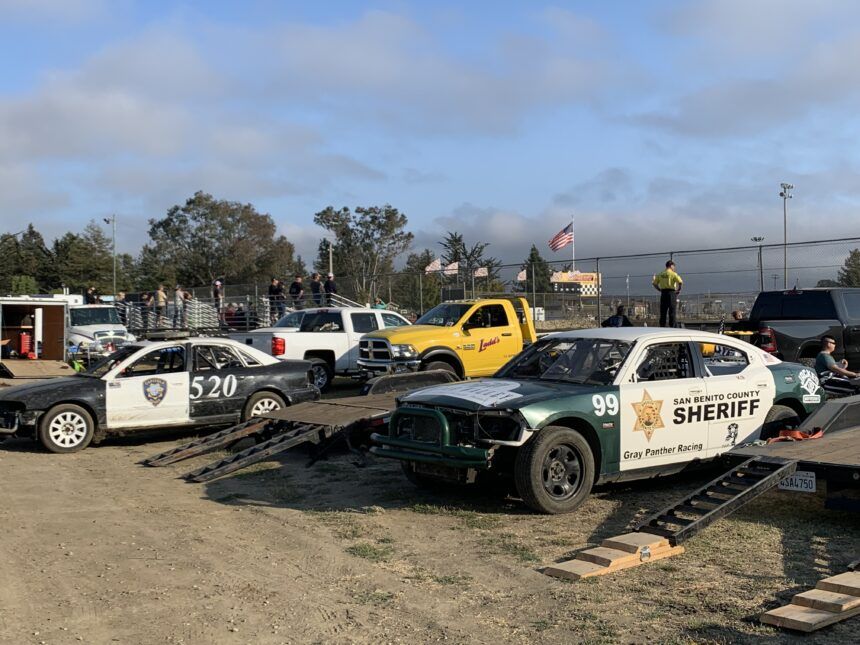 For the past 12 years, law enforcement officers from around Santa Cruz County and the Bay area have raced in retired police cars.

“Given an opportunity to be a part of something bigger than myself and bigger than just what I do for work every day,” said Santa Cruz County Sheriff Nathan Graham. “It's a lot of fun and it gets better and better every year. This year in itself has been excellent. We've got a lot of fun fast cars and we've got a lot of great people out here racing with us.”

This year their goal is to raise $25,000 and so far they’ve raised about $18,565. Retired police cars are being used for the eight-race season.

“ It serves 3,000 some athletes in Northern California,” said Scotts Valley Police Reserve Officer John Hohmann.” “Ninety some cents out of every dollar goes directly to the athletes for their uniforms, transportation equipment, for year-round sports and training.”

Police officers are competitive, which is why they’re able to raise money, said Hohmann. The more money they raise, the better advantage they have on their final race.

“It's nice because in the last race of the season, whoever raises the most money gets to start in the pole position upfront, which is a nice little advantage,” said Captain Roy Iller with the San Benito County Sheriffs. “You don't have to go through traffic to get the lead. You get to go out in front of the pack. So it's nice to start out front and you can get a clean getaway.”

According to Hohmman, law enforcement is the largest grassroots fundraiser for Special Olympics around the world. There is no other fundraising event for the Special Olympics of Northern California like Police and Pursuit, he said.

The Police and Pursuit fundraiser has raised about $300,000 in the past 12 years. They're hoping to surpass their goal by their last race on August 13th.