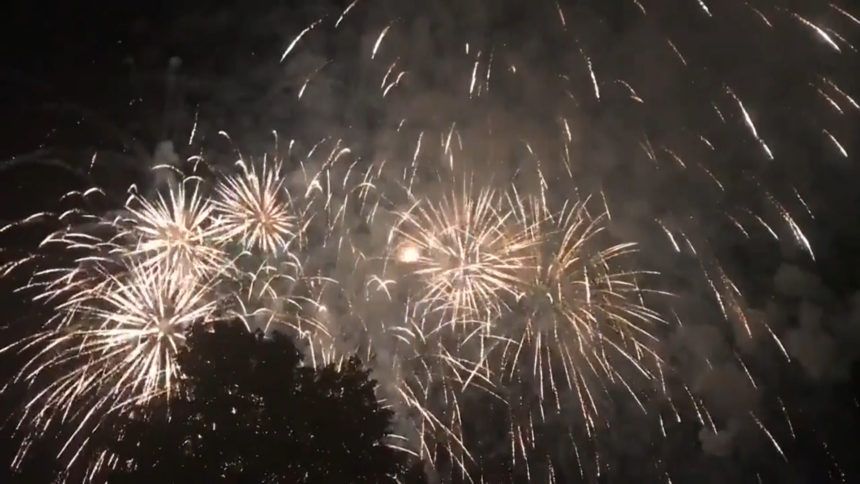 CENTRAL COAST, Calif. (KION)  In California only safe and sane fireworks can be sold starting Monday, until July 6th. However, only certain areas on the Central Coast are allowed to set off fireworks.

The Safe and Sane fireworks are typically sold at stands by companies such as TNT. However, organizations and schools team up with these companies in order to fundraise. And once again this year,  Palma High School Athletics is one of them. Athletic Director Rob Bishop said, that last year they sold out the morning
of the fourth of July. But with limited stock this year, earnings may look different.

“We’re being told that by the end of the week, we might be getting some new shipments in but they can't promise anything," said Bishop. "So, if it stays with the current stock we have we won't make as much as we did last year for sure.”

The state of California requires a seal verifying fireworks being sold under "Safe and Sane" match up with guidelines. Meanwhile, Illegal fireworks do not have this seal and shoot into the air. The Monterey County Sherriff's Office and the Salinas Fire Department have both received calls to report illegal fireworks.

Salinas Deputy Fire Chief Samuel Klemek said, "We really rely on our citizens to be our eyes and ears. So when they see fireworks illegal fireworks use, and they leave us a report with detailed information, we can follow up on that with an administrative citation."

And with the ongoing drought, Fireworks are a big safety concern for all three counties on the Central Coast, because they can potentially lead to a wildfire.

"You have no control over where those sparks and those that fall out," said Klemek. "That hot material often will land in a trash can dry brush on a roof, or inside of an event of an attic of someone's house. And from there, those start fires that spread very, very rapidly, especially in wind."

Counties and cities are working hard to ban illegal fireworks. The Salinas Fire Department and both the Monterey and Santa Cruz County Sheriffs departments will have additional personnel on duty this weekend
responding to an anticipated high volume of fireworks.

"Someone will see you someone will report you," said Klemek. "And we'll be there to issue you a citation."

The City of Seaside has established a zero-tolerance policy for the possession and use of dangerous and illegal fireworks.

Santa Cruz County law enforcement said it's stepping up its patrols ahead of the holiday along with fines up to $1,000 dollars. In Salinas, it's a $1,250 fine plus an additional fine of $1,000 for the noise. Watsonville Police has an app where community members can report fireworks-related issues. Last month, Watsonville Police and the Santa Cruz County DA's Office seized 1,120 pounds of illegal fireworks.