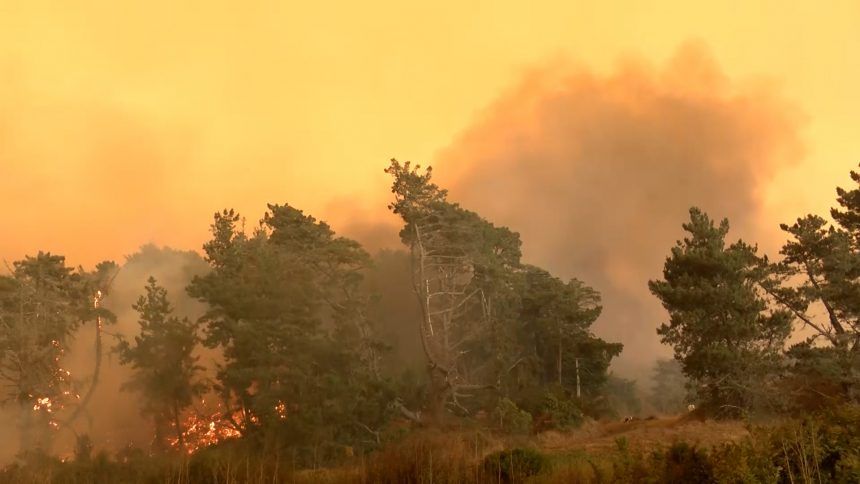 FELTON, Calif. (KION) Nearly 87, 000 acres were burned in the CZU Lightning Complex fires last year and while some fire crews continue to monitor and prevent new fires in some high risk areas, others are working to replant and restore in some of the most impacted burn areas.

Felton residents like Steven Robins say they are still concerned with some of the lingering conditions from last year's fires. Robins says the CZU fires taught him lessons he will never forget.

"People are more sensitive to the dangers of living in this beautiful area, the necessity to be alert, to report things, better to report things then find out it was nothing," says Robins.

With things like fire lanterns at local beaches and fireworks reported to be seen in parts of the county, fire officials say they are also on alert for any potential fire dangers.

In Felton, Cal Fire officials say their biggest concern is still the highly dry fuel moisture levels in the area, which they say came sooner than expected this fire season.

"We're actively out here, actually today, out in a fire in the middle of Big Basin Park, it's about ten to eleven acres of just underground fuel that was ignited by one of these root fires that has finally surfaced and found a receptive fuel bed," says Ian Larkin, Unit Chief with the San Mateo and Santa Cruz Unit.

While fire danger is a concern, there's also an effort to replant in redwood forests impacted by the fires. Cal Fire is asking people to be on alert and report cones in various redwood areas that are essential to restore some of the land.

“Right now is just the time when you start getting out your binoculars, you can tell by those branches, will get really heavy and those cones will just weigh down the branches and you can just see that it’s a heavy crop," says Cal Fire Division Chief Angela Bernheisel.

Bernheisel says the time for them to gather the cones is during the winter, that's when experts can go out to cut open and test the cones to see if they are right for reseeding. With thousands of acres in need of replanting, she says plenty will be needed.