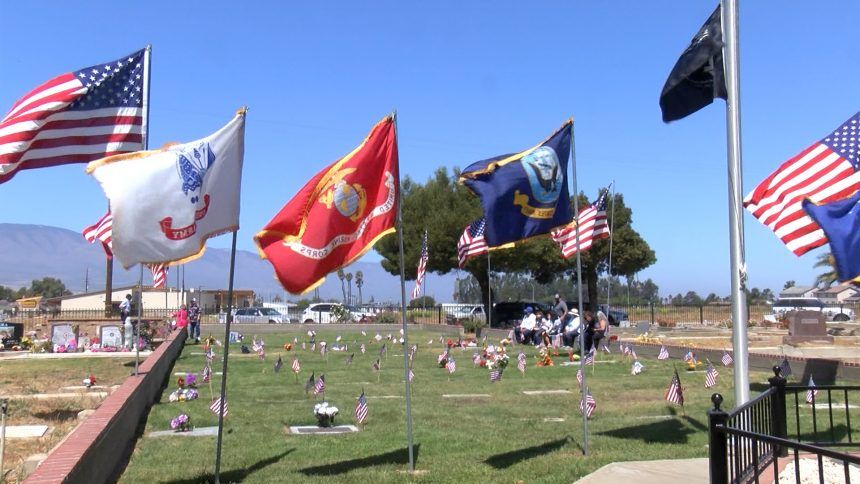 SOLEDAD, Calif. (KION) Monterey County residents are joining the nation, remembering and honoring military members who lost their lives while serving the country.

Across the Central Coast, veterans, friends and families visited local cemeteries where soldiers were laid to rest...sharing their stories and legacies. Monday was a bittersweet day for Greenfield residents Javier and Alejandra Sanchez who lost their son, Javier Sanchez Jr. during his service in Afghanistan back in 2016.

"My son was very brave. Honestly, I begged God to convince him not to join but God wanted something else," says Javier Sanchez.

Today, they hold tight his medals, photos and his memory as they lay down a wreath at his gravestone...something they do every year.

At the Soledad Cemetery, community members, community leaders and members of law enforcement arrived for a wreath laying ceremony. This is the first time they were able to hold a larger gathering since the beginning of the pandemic. This time, they are mourning another one of their own.

"It was difficult because the person who actually ran all our events just passed away a few days ago and he's buried here," says Juan Baltierra, Soledad resident and Post Commander of the American Legion Post 32.

In Greenfield, a community barbecue and fundraiser rallied local car clubs and vendors.

"Memorial day to us means a lot, I think it's important for us to remember that, for us to come out and support our veterans, a lot of these veterans have gone through a lot," says Rick Robledo with the Salinas Crusaders Car Club.

"Freedom isn’t free, it costs a lot…and it cost a lot of people their lives. For all the fallen soldiers, may they rest in peace," says Robledo.

The organizers of the fundraiser say the money raised will not only be used to give back to local veterans, but also to struggling community members and even to provide scholarships for local schools. They say giving back to those who need it most is just one way to carry on the legacy of those who gave everything for their country.