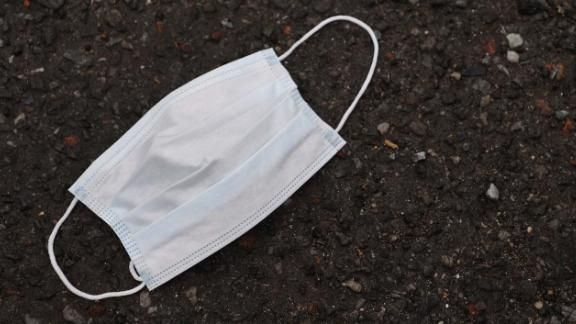 The group came into this Trader Joe’s over the weekend and were told repeatedly by store employees to leave. They said they have a right to shop freely at business open to the public without wearing masks, but Santa Cruz PD says private stores can refuse service.

The video has been viewed more than 25,000 times. At checkout, the video shows the group trying to place their money on the counter and workers refuse to serve them.

The group calls this a cash drop where they enter a store without masks and try to buy a couple of items with cash. Then, they write down a list of the items, leave their money and walk out.

They say they have a right to shop freely without masks, but Santa Cruz Police Chief Andrew Mills is speaking out against the move.

“This is not acceptable in our community and we’re going to take aggressive action when we have the opportunity to do so,” Mills said.

A sign outside the store says face coverings are required while shopping inside.

Santa Cruz County is also currently under an order requiring face coverings, which states that violators could face fines or go to jail for failure to comply.

In a statement to KION, Tim Welch with the group said, “There is no law passed by the legislature requiring anyone to wear a mask. Contrary to popular opinion, any store open to the public cannot unlawfully discriminate by requiring customers to wear a mask.”

So we asked Welch, does the group not consider the mandate to be law?

He did not elaborate, but in a letter to Chief Mills, the group claims people are following orders of "officials who do not have the authority to issue."

“Once the store owner tells you to get out of the store, they’re refusing service to you, you have to leave and if the corporate Trader Joe’s or any other corporation is willing to prosecute, we will absolutely make that arrest, issue those citation and if it continues, we can put them in jail.”

Chief Mills said county wide, hundreds of citations have been issued to violators of the health orders.

A group of mask-less people made their way into a Santa Cruz Trader Joe's over the weekend, ignoring calls from store employees to leave for several minutes.

Video shared on YouTube shows the group skipping a line of masked customers waiting to enter the grocery store, and immediately is told to leave. The maskless group, appearing to be about a dozen people, ignored demands and made their way inside.

Store employees tell the maskless group that they will not be helped or served. The group is seen picking items, documenting the prices and placing money on the checkout counter, but the store refuses to help or serve them and takes the items back.

After a few minutes of arguing, the group leaves.

Santa Cruz County, including its cities, are under a face covering order, signed by Health Officer Dr. Gail Newel. The order include mandatory face coverings, "when inside, in line to enter or doing business through a window or walk up counter of any essential business, including grocery stores, convenience stores, laundromats and restaurants," among other requirements.

There are exemptions for people that show a medical professional has advised them it is a medical risk, but business still have the ability to refuse in-person services if the services "can reasonably be obtained another way."

One of the participants issued a statement about the cash drop, saying the store harasses people for not wearing mask or about the material the mask is made from, even if they have an exemption.

"We will exercise our God-given and constitutionally protected rights to shop freely and peaceably assemble at ANY business open to the public WITHOUT wearing masks. We will not be forced, coerced, or intimidated into face mask requirements," wrote Tim Welch.

He said the cash drop would be a challenge to law enforcement, arguing that not wearing a mask is not a crime.

KION's Elisha Machado will have a report with more details about the incident tonight on KION News at 5 and 6.