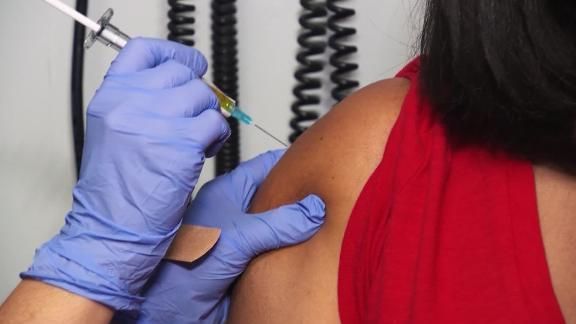 When you look at California's new COVID-19 "vaccination progress dashboard", you might be surprised to see where Monterey County ranks. As of early Monday afternoon, Monterey County is listed as administering 22,824 doses, fewer than neighboring Santa Cruz and San Luis Obispo counties, and only slightly more than Napa County - all with populations significantly lower than Monterey's, according to the U.S. Census Bureau.

You might think Monterey County is giving out the vaccine at a slower pace than the rest of the state, but there is not too much of a difference.

Monterey County: 59 percent of doses received by the health department have been administered, according to the county website on Monday.

California: 62 percent of received doses statewide have been administered, according to the state vaccine website on Monday.

The Monterey County Board of Supervisors says they could be getting short-changed, but a lack of available data makes it difficult to know. They sent a letter to Governor Gavin Newsom last week, requesting assistance with "several critical issues related to the equitable supply and distribution of COVID-19 vaccines." The Board wants the state to address what they believe are inequities in California's allocation effort that negatively impact Monterey County, and a special allocation pipeline for agricultural workers.

Many counties have health care providers that are "multi-county entities (MCEs)," like Kaiser, Dignity and Sutter. These MCEs receive allocations of the vaccine that are separate from what the county gets, and are used to vaccinate their own patients.

"We have reason to believe that we are not receiving an equitable share of the vaccine because we don't have a multi-county health agency here in Monterey," says Monterey County Supervisor Wendy Root Askew.

Monterey County is also preparing for an influx of seasonal agricultural workers. They estimate 35,000 people will start arriving in the county in March. In the Board's letter to Newsom, they write that the workers are not included in the county's population.

The food industry sector, including agricultural workers, are currently eligible for the vaccine in California, along with people 65+, emergency workers and educators. This is a large group that is expected to take several months to vaccinate.

Due to the very limited supply of the vaccine, Monterey County is forced to decide who in that group gets the vaccine first. Like many other counties, they are prioritizing people aged 75 and older, due to their increased health risk from the virus.

However, Monterey County Supervisors says farmworkers need to be vaccinated quickly to protect the high-exposure group and to improve the economy. The ag industry was hit especially hard by the pandemic, and is a major reason why Monterey County has never left the state's most restrictive "purple" tier under the reopening guidelines.

"The County’s categorization in the most restrictive Purple Tier and later shelter-in-place resulted in an estimated $1.8 billion loss to the County’s
hospitality industry, thousands of lost jobs and business closures," the Board writes to Governor Newsom.

“Certain demographics in our community have really borne the brunt of the spread of the disease. And so as a county, we really feel like we need the state to equitably distribute the vaccine to communities where the impacts has been greatest. And in Monterey County that really has been the farmworker community,” Askew tells KION.

The Agricultural industry makes up more than 24 percent of county COVID-19 cases where the person was employed, and the person’s employment is known. That is more than any other industry or business sector.

The county argues that getting this group vaccinated is “imperative” to the “wellbeing of the entire community,” and they are asking for a separate allocation of vaccine doses just for the agricultural workers.

The Monterey County Board of Supervisors is also asking for a “clear line of sight,” hoping for more clear data on what is being allocated, received and administered statewide. They say this will allow them to identify “data inconsistencies” and investigate ways to improve the system.

KION has reached out to the California Department of Public Health for more information on how the state administers the vaccine to MCEs and county health departments.