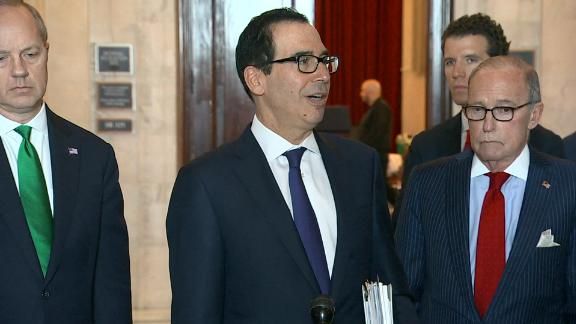 Treasury Secretary Steven Mnuchin said Tuesday that distribution of $600 stimulus checks was about to begin, with some Americans seeing direct deposits as soon as Tuesday night.

Munchin said in a series of tweets that the Treasury has delivered a payment file to the Federal Reserve. Paper checks will be mailed out beginning Wednesday, Mnuchin said, with overall distribution continuing into next week.

Americans will also be able to check on the status of their stimulus payment online beginning later this week, Mnuchin tweeted.

Americans earning up to $75,000 will qualify for the direct $600 payments, which are phased out at higher income levels, and there’s an additional $600 payment per dependent child.