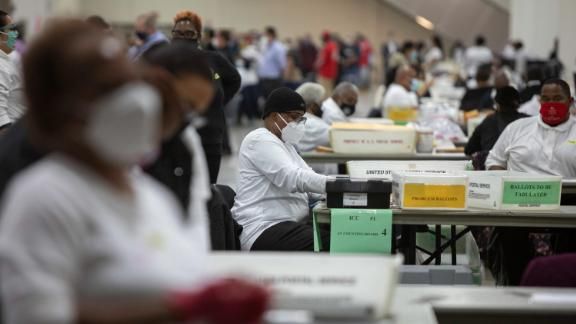 (CNN) All 50 states and the District of Columbia have now certified their presidential results, according to CNN's tally, as the Electoral College process moves forward with the meeting of electors on Monday.

The states' certifications come as Trump has baselessly claimed that the election was rigged and sowed doubt about the outcome of the presidential race. Dozens of lawsuits challenging the results have been dismissed at the state and federal levels across the country since the November election.

Each state has different processes for certifying results, and some states certified their slate of presidential electors separately from state and local election results.

The next major step in the Electoral College process is the meeting of the electors, who are required by law to convene on the first Monday after the second Wednesday in December, which this year is December 14. The electors' votes are later transmitted to officials and counted in a joint session of Congress on January 6.

Some states have laws that seek to bind their electors to the winning candidate and in some instances stipulate that so-called "faithless electors" may be subject to penalties or replaced by another elector. The Supreme Court ruled this summer that such laws punishing members of the Electoral College for breaking a pledge to vote for the state's popular vote winner are constitutional.