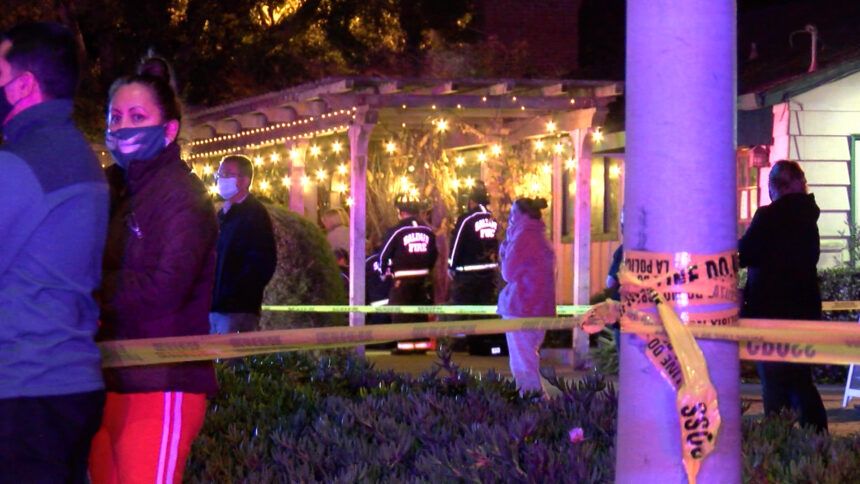 SALINAS, Calif. (KION) Community members are coming out in support of a local Salinas restaurant after a shocking accident last week sent outdoor diners to the hospital.

Cars formed a steady line outside Gino's Italian Restaurant on South Main Street on Wednesday with some patrons getting their Thanksgiving Day meals there.

The familiar sign for Gino's Fine Italian Food is now gone after a car crash left it in ruins. But the tragic accident last Thursday is not stopping patrons from coming out in droves.

"I mean I was shocked at first, obviously. Like one second you're eating dinner, and then you're under a car, it's just kind of crazy," said Paige Snow, a Salinas resident.

"I saw it on Twitter. It was really, really sad to see that that happened and that so many people got hurt," said Destiny Obas, who is visiting family in Salinas.

The site where outdoor dining used to be now sits empty. Nearly a week ago, it was the scene of chaos. There were 10 tables under tents full of customers when officers say a 16-year-old driver crashed into diners.

At least nine people were injured, some seriously. Six were sent to the hospital, but thankfully, no one was killed. The community outpouring has been heartfelt.

"We got a lot of messages supporting us and comments for what happened," said Guillermo Orozco, the general manager at Gino's.

"They could probably really use it right now," said Snow.

The minor who allegedly caused the crash now faces felony hit and run charges as well as counts for evading police and driving without a license. Despite the crash, many say there is still a lot to be thankful for this Thanksgiving.

"They're a small business. We know the owner, and plus the food is so good. Can't really top this place," said Obas.

"Thank you so much for all your support and our prayers for the people that were affected that day," said Orozco.

The general manager says he is looking to reopen outdoor dining once all the repairs are made outside. All diners sent to the hospital are expected to make full recoveries.

PREVIOUS ARTICLE: The 16-year-old involved in a high speed police pursuit last week that ended with his car crashing into Gino's Italian Restaurant on South Main Street in Salinas is facing at least three charges including a felony.

Salinas police tell KION the minor will face felony hit and run with injuries, evading police and driving without a license charges.

The Monterey County District Attoreny's Office is handling the case.

Last Thursday evening, police officers attempted to pull the teen over for reckless driving. The chase only lasted about half a mile when the driver clipped a car and plowed into Gino's outdoor dining area that sits just off South Main Street.

The 10 tables under tents were full of customers at the time of the wreck.

“Minor injuries to serious injuries that ended up with six of them being sent to the hospital,” Salinas PD spokesman Miguel Cabrera said. “None of them are life threatening injuries. All of the victims that are transported will fully recover from their injuries. It could have been a lot worse.”

After the crash, the 16-year-old suspect tried to flee the scene but was taken into custody shortly after the crash. Police say he isn’t cooperating with the investigation.

KION's Josh Kristianto will have more at 5 and 6 p.m. 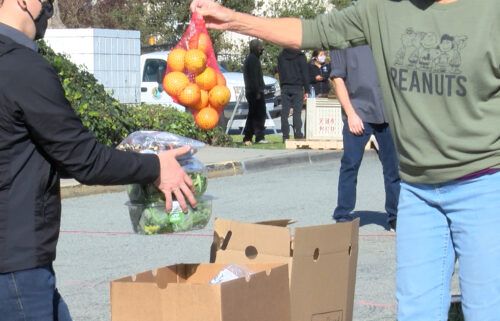