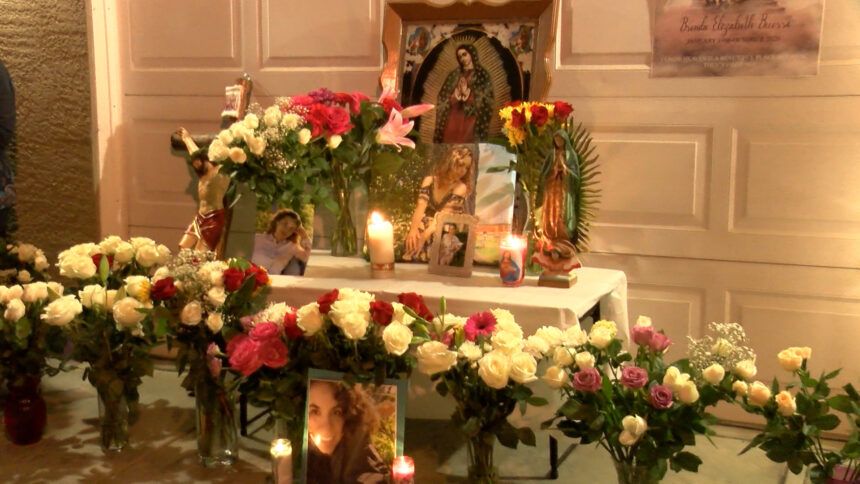 Family and friends came together Tuesday night in a vigil for Brenda Becerra.

The young mother was murdered last week and family gathered in prayer after her husband, Cesar Hernandez, the primary suspect in her murder was detained and in custody.

“God has managed to bring him in, and now it’s up to the authorities to do what’s right…but if you ask me, may they never let him go,” said Rosa Alvarez, Brenda’s aunt.

Becerra's father says one of the toughest challenges for the family is that they have not been able to see Brenda just yet.

During the vigil were discussions of compassion and forgiveness, but the family says their pain is just too heavy and they are confident justice will be served.

The family says the children are doing well and that their next step is gaining custody of them.

Neighbors of Becerra say this loss is another example of a much broader issue of domestic violence.

"Some people just act on impulse and they don't know what they're doing," said one neighbor who wished to remain anonymous.

The family says they are now discussing funeral arrangements for Becerra.

Becerra's father says their ultimate wish is to be able to take her body to Mexico so more of her family members get to say their final goodbyes.