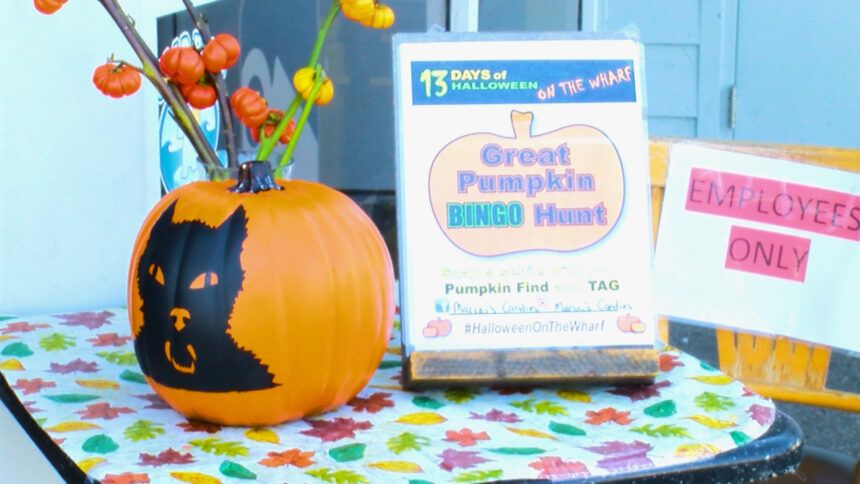 Pandemic restrictions may have cancelled many Halloween events and traditions this year, but many say they won't let this get in the way of their celebrations.

With COVID-19 concerns still looming, several businesses on the Central Coast say they are not expecting a lot of customer traffic as with previous years on Halloween and many children are left wondering what they will do without their trick-or-treating traditions.

“We might go to a small Halloween party if we don’t do trick-or-treating, it’s not normal and I wish it could be better but we had to do it like this because of the pandemic," says one young Watsonville boy.

The Santa Cruz Boardwalk is known to become what locals describe as "one big party" on Halloween, but many places have opted out and cancelled public events and celebrations to avoid further spread of COVID-19 large gatherings.

One Watsonville woman visiting the Boardwalk says she is trying to keep the fun going on Halloween for her family, but still worries about going out for the holiday.

"I’m in a category that is at risk, I don’t feel comfortable out here, I really don’t. This is an abnormal thing for us to come out," says Jana Tennant.

Others say they are changing up their traditions this year.

“Halloween is kind of shot, we're actually going to get out of town and our house is going to be dark and there won’t be any trick-or-treaters and it’s kind of sad," says Ian Babcock.

"We decided to just take a trip to Mexico."

Some businesses like costume shops and candy shops say although business may have taken a dip since the start of the pandemic, but they are doing well in sales so far.

A worker at Marini's Candies on the Santa Cruz Boardwalk says the shop will be handing out treats for young visitors who come by on Halloween.

“I do think people are still going to be passing stuff out, us personally, we still will be doing the cotton candies. Usually it’s probably around five or six hundred, I was thinking more around three hundred," says Lisa Vecchione.

Locals say traditions may not be the same this year but for them, Halloween is most certainly not dead.

To see more activities on the Central Coast, visit https://www.cityofsantacruz.com/government/city-departments/parks-recreation/recreation-events/pumpkin-bingo-to-go-kit-form