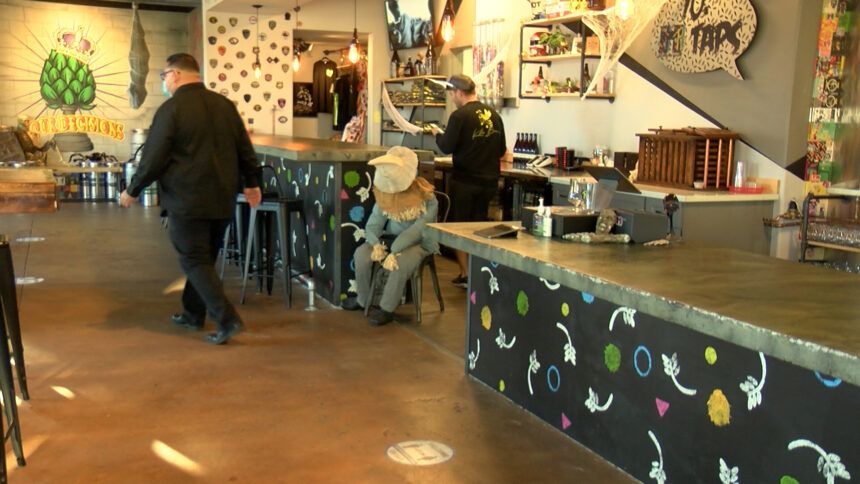 San Benito County is the latest to advance to the red tier in the Metric Threshold system, meaning more businesses will be able to move services indoors with limitations.

Many places such as restaurants, theaters, gyms and places of worship are now able to open indoor services at 25 percent capacity, or 100 person maximum, depending on the type of business.

A Hollister council member says this will increase county revenue, save businesses from going under and even clear up some traffic issues caused by outdoor setups.

One business owner says this will be his first time having any customers come through his doors.

"Over 150 thousand dollars to get this place up and ready, when we decided we wanted to open up, it was the week that San Benito County closed back down for dine in services so we had to scramble and figure out how to get barricades set up outside," says Jonathan Cuilla, co-owner of Pour Decisions.

Local business owners and officials say they have seen an influx of customers from different counties coming to town for the shops and restaurants, especially from Monterey County, which is still not allowed to reopen many of its businesses.

“Monterey, Santa Cruz, Salinas, all the way up San Jose, Gilroy...next door when the salon was open, they had people coming from San Jose to visit because this was one of the only counties that was open at the time," says Cuilla.

Businesses will reduce their outdoor set ups and remove some barricades to help clear up traffic issues in the Downtown Hollister area.

“There’s definitely going to be a one way traffic road going right through Downtown Hollister so that the businesses get more visibility and the people can just drive through and it's not so much of an obstruction," says Hollister Council Member Rolan Resendiz.

Business owners say they don't expect major financial improvements overnight but are preparing for an increase in business over the following weeks.