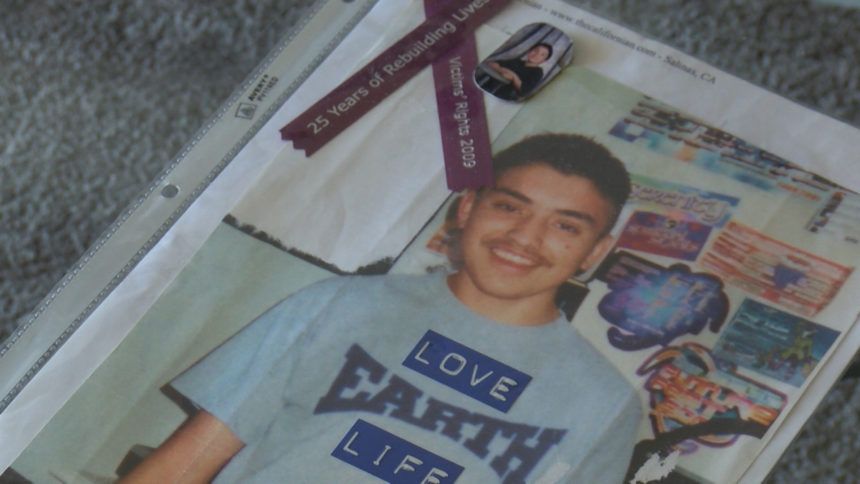 SALINAS, Calif. (KION) This week we revisit a cold case that has led a Salinas mother to turn her grief into action following the death of her 18-year-old son.

"He was killed with multiple gunshot wounds. Did he suffer was one of the most horrible questions...how long did it last?"

Her son Stephen was just 18 when he was fatally shot on his way back from a Salinas 7-Eleven after buying snacks with a friend.

She says Stephen was polite, loving, had no criminal history and was ready to leave Salinas for greener pastures, and head to Silicon Valley for school. But he was never able to.

And still, 18 years later, there's not much closure for the family.

But Debbie is a mother on a mission and hasn't let the lack of leads stop her. In fact, she's picked up speed creating a support group for others who have lost loved ones to violence.

"I don't just advocate for Stephen. It's not about Stephen anymore. It's not just about my pain. It's about all the other families that are suffering."

If you have any details on this case, contact Salinas Police. You can remain anonymous.