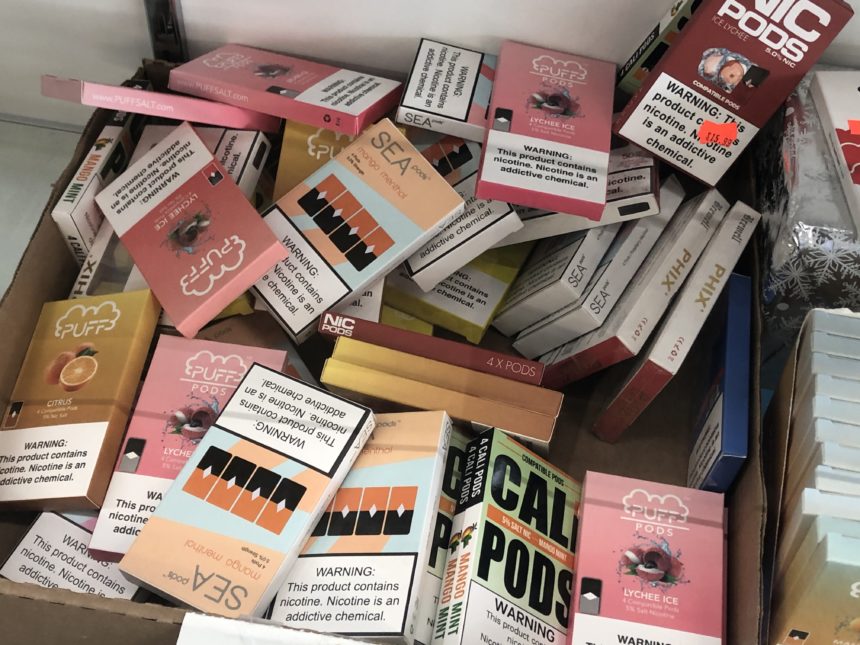 SALINAS, Calif. (KION) The banning of e-cigarettes and flavored tobacco products has been a hot topic on the Central Coast and the city of Salinas may be next to follow suit.

The banning of such products was set to be a topic of discussion at Tuesday night's city council meeting, but it has since been pulled for the time being. However, concerns are sill high about the future of vaping in Salinas.

"I've been here for three years and I've heard nothing but good things about vape," says Stephany Franco with Smoke Shop in Salinas.

At Smoke Shop, they say their business will see a significant decrease in foot traffic.

Smoke Shop has already been discounting products they feel will be affected.

Meanwhile, Blue Zones Project in Salinas supports the ban. The group touts themselves for encouraging changes in the community that leads to healthier options.

"Our goal is to work with all aspects of the community about how to create health and wellness in our community and how to make the healthy choice the easy choice," says Kendra Howell, the Senior Policy Lead at Blue Zones Project.

As for council member Scott Davis, he feels there's more that needs to be done when it comes to California laws relating to vaping and tobacco products.

"I think its prudent and the more responsible thing to pull it temporarily to see what the state is going to do," says Davis. "Then our ordinance in Salinas will work in collaboration with the state ordinance," he continued.

Davis is also advocating for a city ordinance in Salinas that would make it illegal for minors to be in possession of tobacco products.

"There has to be some sort of recourse for a minor in possession of it. Now, that doesn't mean the minor will have to go to juvenile hall or get arrested… instead they would take anti-tobacco or smoking classes provided by the probation department."

According to the Mayor's office, the proposed ban was to be discussed Tuesday night, but has been pulled until further notice as council members have further questions about that ban.