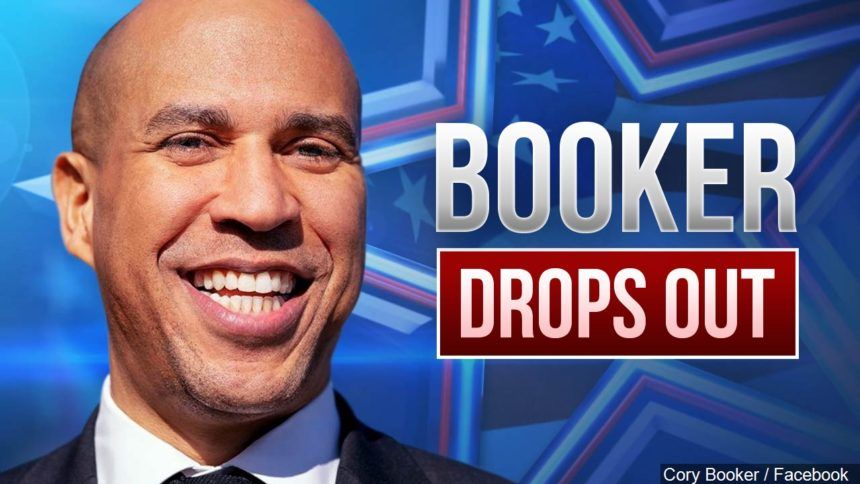 DES MOINES, Iowa (AP) - Democrat Cory Booker has dropped out of the presidential race after failing to qualify for the December primary debate.

Booker announced Monday that he was ending a campaign whose message of unity and love failed to gain traction in a political era marked by chaos and anxiety.

The U.S. senator from New Jersey had struggled in polling and fundraising since launching his bid last February. Booker was unable to hit 5% support in a single qualifying poll required to make it on the January debate stage.

Booker's departure leaves a field that was once the most diverse in history with just one remaining African American candidate, former Massachusetts Gov. Deval Patrick.