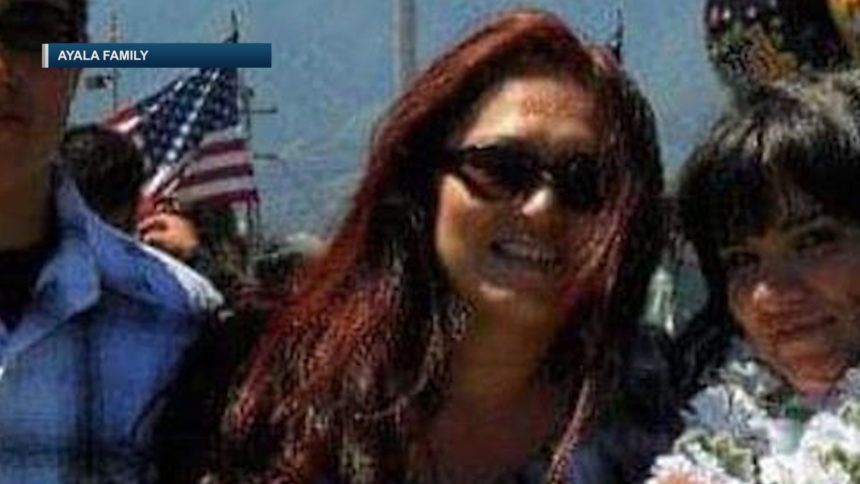 SALINAS, Calif. (KION) UPDATE: Officials are asking for the public's help identifying or finding the vehicle they believe was involved in the death of a 45-year-old woman.

The suspect vehicle is a 2nd Generation (1994-2002) white Dodge Ram extended cab truck. There should be visible damage to the right front bumper/grill area. After reviewing surveillance video, officers were able to follow the suspect vehicle to the area of Williams Road and Del Monte Ave.

On Sunday December 8th, Salinas PD officers located victim Channey Ayala laying in the roadway of John Street, near the railroad tracks. Ayala appeared to have been hit by a vehicle which had fled the scene after the collision. Ayala and the dog she was walking died as a result of their injuries.

Friends and family of Channey Ayala said they are still in shock after learning she was a victim of a suspected hit and run, Sunday night. “They basically left my sister for dead,” said Ayala’s sister, Angela Ayala.

The 45-year-old was rushed to the emergency room at Natividad Hospital after a police officer found her in critical condition near the train tracks at John and Work Street. “She had an open skull fracture, broken back, two broken legs, and liver laceration. She had a massive transfusion,” said Angela.

Police said Ayala was accompanied by a dog that was pronounced dead on scene.

Police received no reports of the accident. From what officers observed on scene, no one stopped to help.

“The value of human life doesn't mean as much as it used to. Someone could do something like this and not even lift a finger to try to help her. It's just not right,” said Ayala’s former husband, Billy Rodriguez.

Family said they will remember her as a loving mother and dedicated Gonzales Police officer.

“There are a lot of people that love and care for her, and still do. What happened was wrong,” said Rodriguez.

Family hope a witness will still come forward. “We have to start somewhere. We need one person to step up. Don’t be afraid to say what you saw,” said Angela.

Police said they have no leads on a suspect.

Anyone with information is asked to contact Officer Seth Morten at 831-758-7017 or sethm@ci.salinas.ca.us.