It was a race against the clock. Cars packed the Shell gas station in Ben Lomond. Many stocked up on fuel to power their generators before the town is predicted to go dark due to PG&E’s Public Safety Power Shutoffs.

“I have 20 gallons of gas. I just got five more. I’m good to go for four or five days,” said Ben Lomond resident, Maurice Jacques.

People said they are ready this time around. PG&E plans to shut down power for over 44,000 residents in Santa Cruz County for the second time this month. It’s done in effort to reduce fire risk as winds pick up speed.

“I’m just trying to make sure we have enough gas to run the generators and enough extra batteries. We made sure our lanterns work,” said Ben Lomond resident, Marc DesJardines.

Shell, which is Ben Lomond’s only gas station, ran completely out of fuel during the last shutoff. Their emergency order of gas has already come in handy. “We had an emergency delivery this morning, and then we had a propane guy come in yesterday. He’s coming in today too. I think we’ll be okay for a couple of days,” said Shell owner Taleb Saei.

Workers are encouraging people to fill up while they can. Like many other businesses in town, the gas station will also have to close its doors without power.

“Batteries and fuel. Like I said, we’re pretty set, but not for the long term. That’s for sure,” said Ben Lomond resident, Tom Walsh. 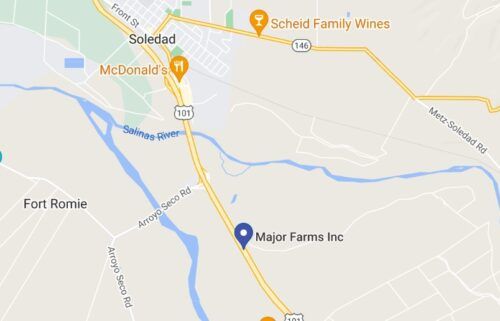