The San Lorenzo Valley Unified School District said one of its high school teachers is on administrative leave after he was accused of sexual conduct with a child and arrested.

Michael Henderson, who teaches computer science at San Lorenzo Valley High School, was charged with lewd and lascivious acts with a child under the age of 14 and booked into the Santa Cruz County Jail. On Thursday, he was released after posting $150,000 bail.

“We are actively looking for more [victims], and we’re urging parents to talk to their kids and make sure they’re comfortable to come forward and tell them if anything has happened and report that to us,” Ashley Keehn with the Santa Cruz County Sheriff’s Office said.

After Henderson’s arrest, the district sent a statement to staff and families explaining what it knows about the incident and what is happening. It said the incident is alleged to have happened after school hours at an after-school program not affiliated with the district. Superintendent Laurie Bruton, who issued the statement, told KION that Henderson has been with the district since the 2016-17 school year and that she believes the alleged incident happened in August 2016.

“Open communication with your children. Talk to them about what they’re feeling, what they’re afraid of, and what they’re concerned about. Kids have strong feelings, and they have a keen sense of what’s right and wrong so when they’re uncomfortable about something adults need to listen,” Bruton said.

Students at San Lorenzo Valley high were shocked to hear the very popular teacher was arrested.

“It seemed like he really cared a lot about kids,” senior Justin Lazzarini said.

“I thought he was a great guy, and I still want to know I can’t believe it until I see it really,” Lazzarini said.

The Santa Cruz County Sheriff’s Office said it received reports of assaults earlier this week and arrested Henderson two days later. It said the reported assaults took place over a period of time, but did not specify how long that was.

The full statement the district sent to staff members and families reads:

“It is with much disappointment that I need to inform you about an incident reported to me by Sheriff Hart last night. On Tuesday, Oct. 22, 2019, a teacher from San Lorenzo Valley High School was arrested and charged with lewd and lascivious acts against a child PC 288 (B)(1). Please know that our hearts go out to any student or person who is the subject of violence or abuse at the hands of another. As a school district we are committed to keeping students safe at school and throughout our community.

“Please know that the alleged incident occurred after school hours in a non-district setting. Be sure to check that your after-school childcare is operated by a licensed childcare provider. SLVUSD partners with the YMCA, who is accredited by the state, to offer after-school care at BCE and Quail Hollow.

“The above employee was immediately placed on Administrative Leave pending the outcome of the legal proceedings. This employee will not be returning to the SLV schools at this time. All school employees are required to undergo fingerprinting that is processed through the Department of Justice (DOJ) before they are hired by the district. The DOJ notifies school districts of all previous arrests and convictions. The District is also notified if the employee is arrested or charged with a crime after employment. This initial background check and follow up reporting by DOJ enables school districts to screen and monitor their employees. SLVUSD has an outstanding relationship with the Santa Cruz Sheriff’s Department. Sheriff Hart was quick to inform the district of the accusations and subsequent arrest.

“The SLV staff is committed to providing the best learning opportunity possible for every student in our schools. We are committed to maintaining a safe learning environment where students can grow and learn without fear. Thank you for your ongoing support of the SLV schools and staff. Please contact me if you have questions or concerns. (831-336-5195) 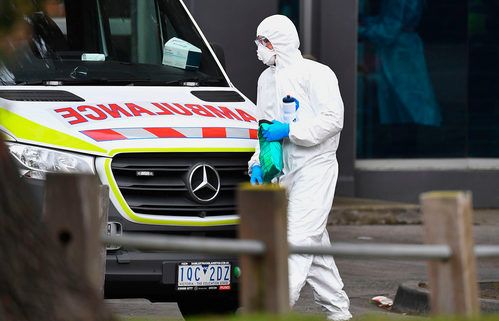