A Santa Cruz man was arrested over the weekend after police said he was seen climbing on the roof above a business and throwing rocks at officers.

Police responded to the 2000 block fo North Pacific Avenue for a report of someone on the roof. When officers got there, they said they saw a man above the businesses and on the hillside.

Officers tried to talk to the man, but said he started throwing large rocks at them. He did not hit any of the officers, but he escaped through some dense brush.

On Sunday morning, officers went back and used the fire department’s ladder truck to get on higher ground with a 40 mm less-lethal launcher. An officer climbed the ladder with it to get the attention of the man, who police identified as 66-year-old Zolli Smith.

After two hours of trying to contact him from a lower elevation, police said he was ready to cooperate with officers. They said Smith surrendered peacefully from an elevated hidden camp.

Smith is a convicted felon and transient on Post Release Community Supervision, so he was being monitored by the county’s probation department after being released from state prison. He was arrested on suspicion of assault and resisting arrest. 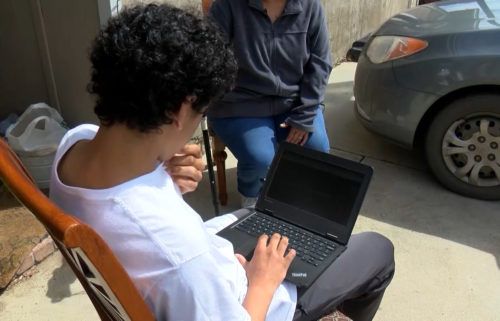 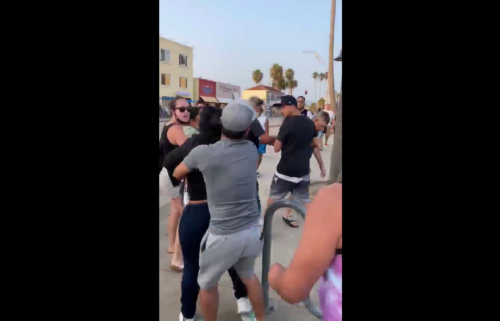