The Gilroy Police Department and school district are still investigating assault allegations involving members of the Gilroy High School football team. The district announced the remainder of the season is canceled for the team Wednesday, which came as a disappointment for some parents and students at Palma School, who Gilroy was supposed to play Friday.

“It is disappointing for us, I think especially because it’s homecoming for our kids not to play,” said Autumn Rossi, parent of a Palma School student.

Some parents of Palma students said they’re sad the players who weren’t involved won’t get to play the rest of the season. But the Chieftain’s JV game will still go on in Salinas Friday night.

“I’m glad we at least have one team that’s able to participate and celebrate homecoming from that standpoint. Hopefully those kids in the program– and we hope all the best for them up there in Gilroy and that they’ll get it all figured out and be able to play here in the future,” said Rossi.

Gilroy Unified School District said in a statement Wednesday night that they learned most of the varsity players chose not to finish the season.

In a statement, the district said both their administration and the high school’s are “committed to providing a safe environment for all students, and maintaining the privacy rights and confidentiality of the students involved in this investigation.” 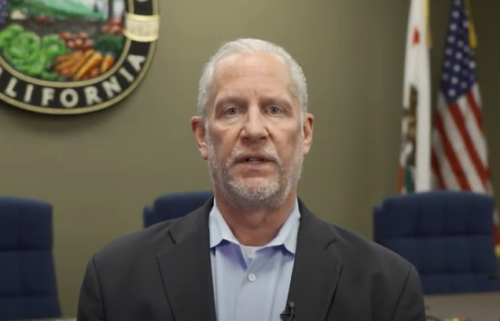