UPDATE: 1/31/2018 3:11 p.m. ICE has confirmed with KION that at least one person was arrested by deportation officers in Salinas Wednesday.

Family of 28-year-old Guadalupe Torres said he was arrested at his home on Ramona Avenue around 8 a.m.

Another surprise visit to Salinas from ICE agents. They’ve confirmed they were here, but aren’t saying much.
ICE made a random visit to East Salinas Monday where a local organization says several people were detained.

The Monterey County Rapid Response Network tells KION that ICE was in an area of East Salinas Monday and arrested several community members, many of which they say were collateral arrests, or people they weren’t there specifically for. Community members we heard from say they saw ICE agents near the area of Sanborn and Garner, though ICE would not specify their location. The Rapid Response Network thinks this just means there’s more to come.

“Based on my experience, I do think there will be more enforcements. There were several individuals picked up yesterday and for that we are concerned that they’re not just coming to look for one individual but they’re actually just coming and picking up a lot of our community members,” said Monterey County Rapid Response Network Volunteer Adriana Melgoza.

We reached out to ICE regarding yesterday’s’ operation, and they responded with a statement that reads, in part: ” ICE deportation officers conduct enforcement actions every day around the country as part of the agency’s ongoing efforts to uphold public safety and border security. Our operations are targeted and lead driven, prioritizing individuals who pose a risk to our communities.”

We also received word that a 26-year old DACA-recipient from Salinas was arrested in Yuma, Arizona Tuesday for trying to smuggle four Mexican nationals into the country. The Monterey County Rapid Response Network says they want the community to call them if they see any ICE activity or if they have any questions or concerns. Copy and paste this link to find out more about the network: 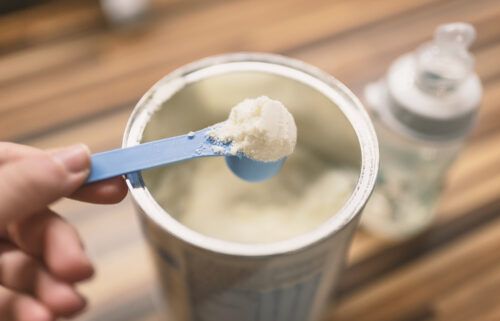