The ballot count was slowed down this year because the COVID-19 pandemic led to more people voting by mail, and those ballots take longer to process.

To win, Biden needed 270 Electoral College votes, and he was declared the projected winner in these states:

He has 273 projected electoral college votes. He has received 51% of the popular vote.

Biden was the vice president under President Barack Obama for two terms beginning in 2008. He was elected to the U.S. Senate at the age of 29. Biden hopes to beat COVID-19, work toward economic recovery, build on the Affordable Care Act, tackle climate change and more during his presidency.

When Biden is inaugurated in January, he will become the oldest president. It was Biden's boyhood state of Pennsylvania that put him over the 270 electoral vote threshold and delivered the White House.

The Trump campaign said it has filed lawsuits in Pennsylvania, Michigan and Georgia, demanding better access for campaign observers to areas where ballots are being processed and counted. The campaign also says it will ask for a recount in Wisconsin, a state called for Biden. Trump was voted into office in 2016. 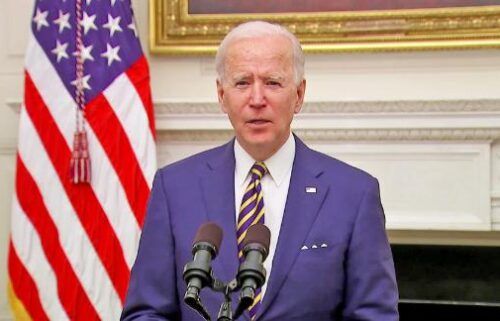