(CNN) Rents continue to drop in some of America's most expensive cities.

With more people working from home for the foreseeable future, many renters are seeking to live in more affordable areas that can offer them extra space.

That has especially impacted San Francisco, which led the nation in rental price declines in September, according to a report from Realtor.com. The median rent for a studio apartment fell to $2,285 a month, down 31% from a year ago, the report showed. Median rents for one-bedroom apartments dropped 24% to $2,873 a month, and two-bedroom rents fell to $3,931, down 21% from last year.

"Renters now have the upper hand over landlords in many of the nation's most expensive cities," said Danielle Hale, Realtor.com's chief economist.

In addition to San Francisco, many of California's high-cost counties have seen significant drops in rent as well. One bedrooms in San Mateo County are down 13% from last year, and 12% in Santa Clara County. These counties are home to Silicon Valley's tech companies, where many workers are not expected back in the office anytime soon.

Besides West Coast tech markets, rental markets like Manhattan, Boston, Seattle and Washington, DC, were among the other typically high-cost cities seeing the steepest drops in rent.

"As vacant apartments begin to stack up, many landlords are scrambling to lower rents and offer discounts in an effort to entice or keep a shrinking pool of renters," she said.

Rents on the rise in nearby communities

As renters seek out more affordable areas where they can find more space at a lower price, said Hale, it is pushing up rents in secondary markets.

"Looking forward, the future of rents in many of these cities will depend on whether companies require employees to work from the office or continue to allow remote work."

For example, while Manhattan rents are down, median rent for a one bedroom in the Bronx is up 9% from a year ago. Rents in Seattle are down, but rents for one bedrooms in nearby Tacoma are up 8%, and one-bedroom apartments in Worcester, Massachusetts, near Boston, are also up 8%.

This shift is likely due, in part, to a move toward affordability and also a response to Covid-19, as more people seek out less crowded environments, the report concluded. "Renting in these spillover markets provides lower rents, more social distancing, and still allows for commuting if necessary," according to the report.

This price pressure on rent in communities beyond the primary urban area may make buying a home -- and getting out of renting altogether -- even more attractive, Hale said. 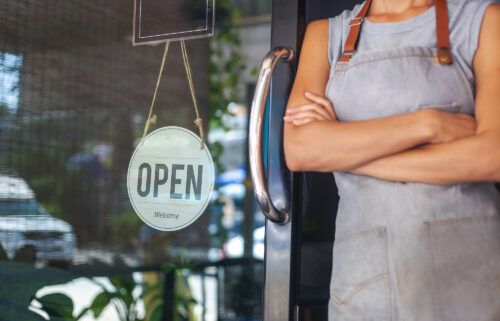