For months, Amazon has refused to reveal data on the number of coronavirus cases inside its warehouses by claiming the data itself “isn’t particularly useful,” frustrating workers and critics hoping for a clearer picture of infections within what have become critical hubs for home supplies.

But behind the scenes, Amazon has been closely tracking the spread of the virus inside at least one warehouse, according to an internal memo viewed by CNN Business. And its own data may raise new concerns about the rate of infections in its facilities.

Amazon has previously claimed that coronavirus cases were “popping up at roughly a rate generally just under what the actual community infection rates are,” according to Amazon SVP of worldwide operations Dave Clark. But the internal memo reveals the infection rate at an Amazon warehouse in Shakopee, Minnesota, is notably higher than the surrounding communities.

The Shakopee facility, known as MSP1, has an infection rate of 1.7%, according to the memo, first reported on by Bloomberg. According to the memo, five local counties had lower rates. For example, Scott County, where Shakopee is located, had an infection rate of 0.1%, per the memo; the rate of infection in Hennepin County, where Minneapolis is, had a rate of 0.4% during the same period.

The memo, which appears to be updated through May 18, further breaks down the departments, shifts and counties of residence for the 45 workers confirmed to have coronavirus. The granular details highlight just how closely the company is keeping tabs on cases, despite opting not to disclose this information to workers.

“Nothing is more important than the safety of our teams. We have redeployed a large number of our data scientists, technologists, and operations employees to focus on Covid-19 and ensure the safety of our workforce, including thousands of individuals on our health and safety teams,” Amazon spokesperson Kelly Cheeseman said in a statement to CNN Business. Cheeseman added that “an in-depth analysis of sites is one of many tools that help us evaluate the full picture in our buildings related to Covid-19.”

Amazon, which did not deny the memo’s existence, did not respond to a question about whether it is collecting similar information at its other sites.

“We utilize a variety of data to closely monitor the safety of our buildings and there is strong evidence that our employees are not proliferating the virus at work — what we see generally is that the overall rate of infection and increase or decrease of total cases is highly correlated to the overall community rate of infection,” said Cheeseman in the statement. “Over the months of Covid-19, thousands of employees and partners have worked at our Shakopee site and we believe strongly people are not spreading the virus at work given the robust safety measures we’ve put into place.”

Last week, the Minnesota Department of Health said 88 workers at the facility have tested positive for coronavirus, revealing a look into the numbers that Amazon has repeatedly refused to make public. The Minnesota Department of Health told CNN Business on Tuesday that 92 workers at the facility have now tested positive, with a total of 198 workers across Amazon’s Minnesota facilities testing positive.

According to the memo, Amazon is “regularly engaged” with the Minnesota Department of Health and applicable county health departments concerning positive cases. But the memo also shows a significant desire from workers for more information. In the first two weeks of May, according to the memo, the Shakopee facility saw “64% of safety comments demanding for transparency in the details regarding Covid infected [Amazon Associates], requesting for shift info, total counts, and the most up to date information.”

Some workers see the newly revealed internal data as validating safety concerns voiced by workers in recent months. Several workers, including at least one at the Shakopee facility have been fired at various Amazon facilities in the US after being vocal about the company’s alleged inadequate response to coronavirus. (Amazon previously said the Shakopee worker was fired for “inappropriate language, behavior, and violating social distancing guidelines.)

“This memo shows [Amazon] knows the details, but they’ve been hiding it from us,” said Hibaq Mohamed, who has worked as an Amazon associate for more than three and a half years at the Shakopee facility and has advocated for greater safety precautions. “They don’t want to tell us — but this virus is deadly.”

William Stolz, an Amazon associate at the Shakopee facility, told CNN Business that “the data coming out really does support everything workers have been saying for the last several months about just how serious the spread is at Amazon.”

Amazon has seen soaring demand during the pandemic as people stay home and look to its products and services as a lifeline for household essentials. But it has also become the subject of increased scrutiny concerning the workplace conditions of its 110 fulfillment centers across North America with 400,000 employees.

The company has faced pressure from more than a dozen attorneys general who’ve called on Amazon to release a state-by-state breakdown of confirmed Covid-19 cases at its facilities as part of broader demands concerning worker health and safety. New York Attorney General Letitia James’ office has interviewed workers from several Amazon facilities in New York City as part of an investigation into worker concerns over coronavirus-related safety measures. The company is also facing a lawsuit over an alleged lack of coronavirus protections at its Staten Island facility.

While the total scope of confirmed coronavirus cases across its facilities is unknown, there have been at least 10 deaths among Amazon warehouse employees who have tested positive for coronavirus. But even as the number of confirmed cases continues to grow across the country, Amazon has eliminated some of its coronavirus-related policies for workers, including unlimited unpaid time off, a $2 hourly wage bump and double overtime pay. On Monday, Amazon announced it would give out more than $500 million as a “Thank You bonus” to front-line workers who were with the company throughout the month of June.

Amazon has said it shares with employees when there is a confirmed case where they work, but workers have said that communication has been inconsistent. For example, an Amazon spokesperson previously confirmed to CNN Business that while it once included numbers of confirmed cases when notifying workers, it stopped doing so because it does not think the number is useful. 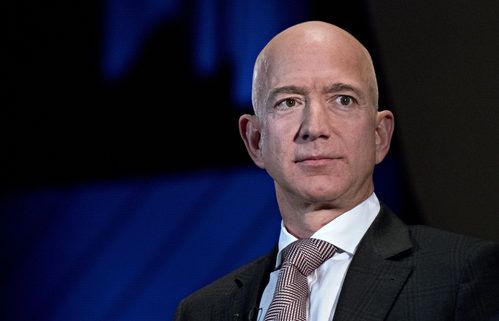 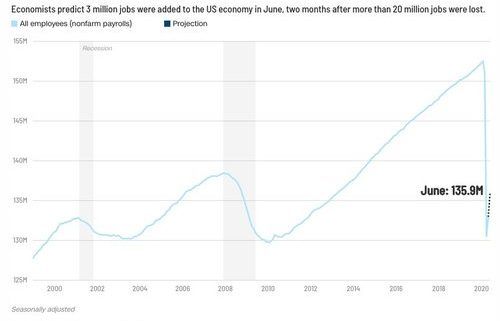