Store shelves holding baby products designed to help parents ease babies into sleep may be barren this week, due to new US Consumer Product Safety Commission regulations that went into effect on June 23.

The rules effectively limit the sale of infant sleep products to only four types that have existing safety standards: full and non-full size cribs, play yards, bassinets and cradles. Products formerly marketed for sleep — such as inclined sleepers, travel and compact bassinets, and in-bed sleepers — may no longer be sold for sleep, the commission said.

But child safety advocates CNN spoke to worry these new regulations, while well meant, will not make a significant dent in the number of annual infant deaths.

That’s because the real culprit may not be the manufactured products but the unsafe ways people use them, said Carol Pollack-Nelson, a human factors psychologist who worked for the CPSC and published a 2018 study on how human motivation affects the use of baby sleep products.

“I looked at years of data from the CPSC’s nursery products annual report,” she said. “I found that almost all of the deaths from using these infant products — whether intended for sleep or not — were the direct result of the way the product was being used by a parent or caregiver.”

A number of babies have died in rockers, inclined bouncers and other baby gear that was not made or sold for sleep. This spurred CPSC to mandate no more than a 10% incline in any sleep products including sleepers and sleep positioners — which are also called baby nests, docks, pods, loungers, rockers and nappers.

But that’s not going to stop “exhausted parents” from allowing baby to continue to nap in the car seat or bouncer, said Alison Jacobson, CEO of First Candle, a national nonprofit that’s committed to the elimination of sudden infant death syndrome, or SIDS, and other sleep-related infant deaths through education and advocacy.

Nor will it keep parents and guardians from handing down some of these banned products to other new moms in the family or buying them off the second-hand market, Pollack-Nelson said.

“I think from an optics perspective it looks like CPSC is doing something but they’re really not. In terms of whether or not it will actually effectuate change and reduce infant deaths. I actually think that it’s not going to do that.

“Recalling and banning products or requiring modifications to products doesn’t address the root cause — which is behavior,” she said.

CNN sent these concerns to the CPSC for comment and received this response: “CPSC urges parents to follow the advice we offer on our Safe Sleep website. Importantly, if parents and caregivers purchase or have inclined products, such as rockers, gliders, soothers, and swings, they should never use them for infant sleep and should not leave infants in these products unsupervised, unrestrained, or with bedding material, due to the risk of suffocation.”

Between 1994 and 1999, the rate of SIDS dropped by 50%, according to the National Institutes of Health, when rates of placing babies on their back to sleep doubled.

But other causes of infant death besides SIDS rose, including accidental suffocation or strangulation in bed.

Since then, pediatricians and consumer safety advocates have struggled to reduce the number of infant sleep tragedies, which remain at some 3,500 deaths each year. The Safe Sleep for Babies Act, signed by US President Joe Biden in 2021, and the new CPSC regulations are designed to move that needle.

Safety experts and manufacturers of sleep products have warned parents and caregivers for years to keep stuffed toys and soft bedding like blankets, pillows and crib bumpers out of a baby’s sleeping space due to the high risk of suffocation.

“And yet according to CPSC annual reports, suffocation is the leading cause of death on these products,” Pollack-Nelson said.

Why are all of these communication efforts and regulations often failing to reach parents? Because those messages aren’t packaged in ways that are helpful to time-strapped, weary parents, Jacobson said.

In addition, safety messages may not fit cultural or emotional needs of new mothers. Many infant deaths, for example, can be traced to co-sleeping. But studies by the US Centers for Disease Control and Prevention show that “on average, 68% of parents have babies in their bed at some point of the evening, whether that’s to breastfeed or whether the baby’s crying,” Jacobson said.

Telling moms not to sleep with their babies is “the ultimate in tone deafness,” according to Pollack-Nelson.

“Women all around the world do it. In the Burmese population, who traditionally bed-share, new moms are told by pediatricians not to bed-share, because it’s dangerous. But when that mom comes back into her community, she’s literally shamed if she is going against the culture,” Jacobson said.

Relying on written manufacturer warnings isn’t good enough in today’s busy, online world, experts say. Information on how to keep babies safe at night needs to be disseminated on social media sites, in videos that are easy to watch and absorb, Pollack-Nelson said.

“And we need to make these available for free to pediatricians and medical providers working with new moms, especially moms who are low-income and non-English speaking,” she said.

Advice should also be culturally sensitive, she said, because “if it’s insensitive to the real-life demands of being a parent, it’s going to likely backfire or just fall on deaf ears.”

At First Candle, Jacboson said, teams go into at-risk neighborhoods and meet with moms, dads and grandparents in person, engaging them in personalized conversations about how they put their baby to sleep.

“Meeting exhausted parents where they are at and offering them safer solutions to their problems may be the way to finally reduce the number of infant deaths each year,” Jacobson said.

“It’s not necessarily the products. It’s human error. We need to be reality based as well as evidence based, when it comes to communicating with parents about safe sleep.”

Correction: A prior version of this story attributed a quote by Jacobson to Pollack-Nelson. 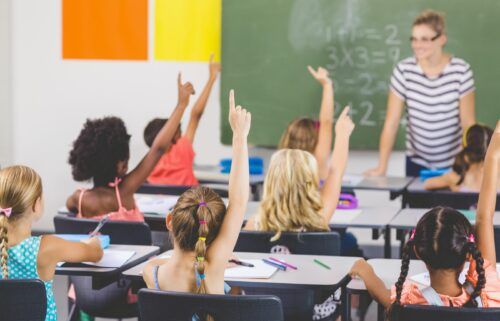