Some vaccine sites began to inoculate 12-to-15-year-olds against Covid-19 on Tuesday morning, a day after the US Food and Drug Administration authorized Pfizer’s vaccine for the age group.

Jacob Laney, 14, was in line at a Decatur, Georgia, vaccine site early Tuesday in hopes of getting the vaccine.

“My friend got Covid and it looked really bad, and I just did not want to get it,” he told CNN. Once he gets both doses of Pfizer’s two-dose vaccine, “I think I’ll be less scared of getting it and less scared of having issues with Covid-19,” he said.

Cameron Carrion, a 14-year-old whose mother watched CNN’s interview with Jacob and then drove to the same vaccine site, said he felt good about getting the shot.

“I feel like it’s better that I got it because I can go out more instead of just staying home and doing nothing,” he said.

The shots are somewhat premature, as doctors are technically not supposed to start administering the vaccine to this age group until the US Centers for Disease Control and Prevention recommends they do so.

The CDC’s adviser, the Advisory Committee on Immunization Practices (ACIP), is scheduled to hold an emergency meeting Wednesday to discuss it and then vote on the question in the early afternoon. That advice then goes to CDC Director Dr. Rochelle Walensky, who is very likely to give the go-ahead within hours.

However, doctors already have the vaccine on hand, and the CDC’s approval is a foregone conclusion. This is an area of medical practice regulated by states, but because the vaccine is already authorized and in offices, there is little to stop medical professionals from exercising their own judgment.

The FDA issued the emergency use authorization for Pfizer’s vaccine for the younger age group after a clinical trial on 2,260 12-to-15-year-olds showed the vaccine had a 100% efficacy and was well tolerated.

“It was a relatively straightforward decision,” Dr. Peter Marks, director of FDA’s Center for Biologics Evaluation and Research, the arm of the FDA that regulates vaccines, told reporters Monday evening.

The FDA also set a meeting for next month for vaccine advisers to discuss authorizing vaccines for younger children.

As of Tuesday, 46% of all Americans have had at least one dose of a Covid-19 vaccine, according to CDC data. Vaccinating young people will better protect them from contracting the virus and from spreading it to more vulnerable people, health experts said.

“This is big news,” CNN medical analyst Dr. Jonathan Reiner told CNN’s Erin Burnett. “The young in this country are now the reservoir of the virus, so if we are going to eradicate this virus, we have to vaccinate the young.”

The FDA authorization came as children are making up a greater percentage of newly diagnosed coronavirus infections than they have been — they accounted for almost a quarter of new cases in the week that ended May 6, according to the American Academy of Pediatrics (AAP).

“Children represented 24% of the new weekly cases and they represent 14% of total COVID-19 cases,” the AAP said in a statement.

‘It’s time to go on offense’

“We’ve been playing defense for 15 months,” said Diasio. “It’s time to go on offense and end this thing.”

One challenge for pediatricians and parents is simply scheduling. Many kids are already behind on their regular immunizations, and the American Academy of Family Physicians recommends people wait two weeks after getting the Covid-19 vaccine before getting another vaccine.

“I think a lot of parents may not realize that we cannot give multiple vaccines at the same time,” said Dr. Edith Bracho-Sanchez, a primary care pediatrician in New York. “So we’re saying, come to us, let’s talk about what you’re due for, let’s prioritize Covid-19 and let’s make a plan to get you caught up with other vaccines later on in a couple of weeks.”

Walgreens will be partnering with the Biden administration to host on-site vaccination clinics at community colleges in May and June, the company told CNN.

“This is an important program that can help get more people vaccinated as we prepare for a safer return to school this fall,” the company said in a statement. In addition, Walgreens has reached out to over 1,000 school districts to provide vaccination support in anticipation of vaccinating people ages 12 to 15.

In making that case, the CDC cited a November review in the Journal of Infectious Diseases that found the odds of viral transmission are almost 20 times greater indoors than out. The review, and CDC officials, stated that “less than 10%” of Covid-19 infections studied occurred outside.

But that “less than 10%” metric is misleading, The New York Times reported Tuesday. “There is not a single documented Covid infection anywhere in the world from casual outdoor interactions, such as walking past someone on a street or eating at a nearby table,” the Times wrote.

In a phone interview on Tuesday, a leading expert in airborne transmission of viruses confirmed to CNN that there is only one known documented case of outdoor transmission. In that single instance, a face-to-face outdoor conversation in China resulted in two confirmed cases.

“I am comfortable saying that there are no documented cases (outdoors) except for face-to-face conversations,” said Linsey Marr, a professor of civil and environmental engineering at Virginia Tech, citing a Chinese study from January and February of 2020.

The Times also reported that the actual transmission rate outdoors is much lower because some transmission cited in the November study occurred at construction sites in Singapore, where interactions were both outdoors and indoors.

Marr agreed and told CNN the 10% figure is way overstated.

“I think it’s a disservice to the public, because 10% is suggesting that 1 out of 10 cases is transmitted outdoors, and there’s no evidence — no scientific basis — to think that’s true,” she said.

In general, virus-laden particles disperse too quickly outdoors to pose a significant risk of infection. CNN’s Dr. Sanjay Gupta has said for the most part people don’t need to wear a mask outside. 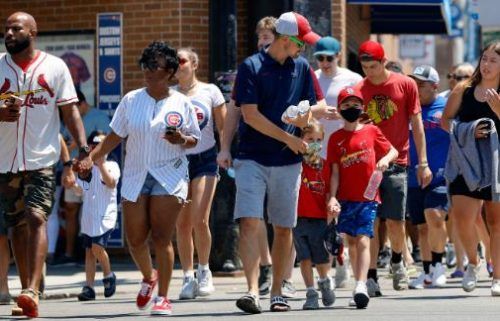 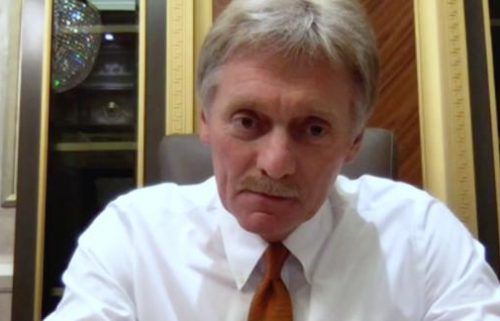