Covid-19 deaths are declining in the United States — and some health experts credit this drop in death to the rollout of Covid-19 vaccines.

The seven-day average of new Covid-19 deaths in the United States was 670 newly reported lives lost each day as of Thursday, according to data from Johns Hopkins University.

The United States has reached the lowest seven-day average of new deaths reported since last July, a CNN analysis of the data finds, and an 80% drop since January.

When it comes to Covid-19 vaccinations driving down deaths, “we’ve already seen an impact,” Dr. Robert Murphy, executive director of the Institute for Global Health and professor of infectious disease at Northwestern University’s Feinberg School of Medicine, told CNN on Thursday.

Murphy pointed to a new study from the US Centers for Disease Control and Prevention, published on Wednesday, that found the Pfizer/BioNTech and Moderna coronavirus vaccines were 94% effective in the real world against Covid-19 hospitalizations among fully vaccinated adults ages 65 and older in the United States.

The study also found that the vaccines were 64% effective against hospitalization for Covid-19 among older adults who were partially vaccinated, meaning they had only one dose of vaccine so far.

Murphy called that study “a confirmatory report” on the effectiveness of the vaccines, which were rolled out starting in December.

Since the beginning of 2021, the seven-day average of people who died of Covid-19 appears to have regularly decreased.

The highest seven-day averages of new Covid-19 deaths were recorded on January 13 and 14, at around 3,431 deaths a day.

The plunge from 3,431 deaths a day on average in January to 684 in April represents a drop of 80%. The last time the seven-day average of newly reported deaths fell below 700 was briefly in early October.

Covid-19 vaccinations are already having a significant impact on death rates among certain groups in the United States, such as older adults, Dr. Amesh Adalja, senior scholar at the Johns Hopkins Center for Health Security, told CNN.

“If you look, for example at populations that have been highly vaccinated like nursing home residents, you will see that deaths in nursing homes have plummeted, and overall, the death rate has been falling over time. It’s really a function of how many of the high-risk individuals have been vaccinated and that is becoming more evident,” Adalja said.

But even though the seven-day average of new Covid-19 deaths nationwide has fallen, Adalja said that it will take more time — and more shots going into arms — before the general US population starts to see even more of an impact from vaccinations.

“With the vaccine, it’s a little bit different because if you go to a nursing home and you’ve vaccinated the whole population, it’s going to take a while for them to be fully vaccinated and have that protection,” Adalja said. “Really to see the full impact of the vaccines, you want it to be two weeks after the final dose of whatever vaccine they’re getting.”

‘We’re not halfway through yet’

Tracking the impact vaccinations have on Covid-19 death rates require the time for a population to first be fully vaccinated as well as the time for deaths to follow infections.

“The people that are dying are often people who have been in the hospital for a couple of weeks, so you can’t just look at the vaccine numbers of that given day or even of that given week and be able to draw some extrapolation to deaths,” Adalja said. “I think it takes some time to see the impact of the vaccines.”

“As more and more people get vaccinated, the hospitalization and death rate are going to continue to go down. We’re not halfway through yet,” said Murphy of Northwestern University. 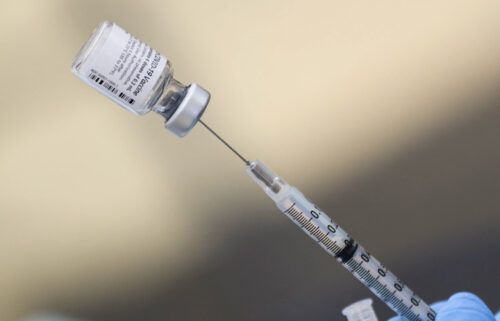 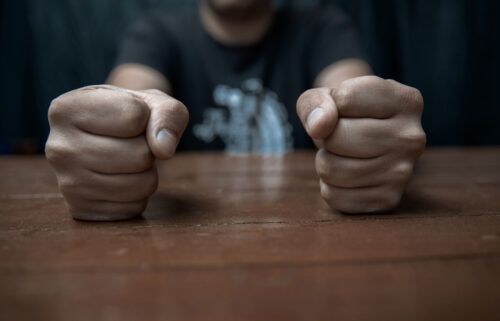 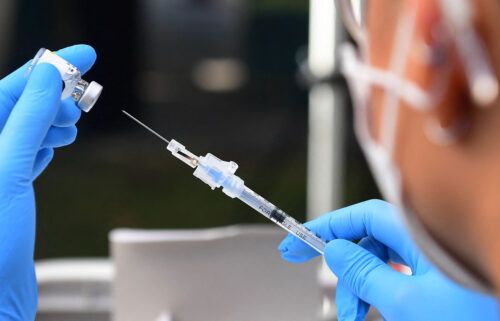