At least 16 states have paused or rolled back their reopening plans as the United States sees a surge in coronavirus cases across the country.

With July 4 celebrations approaching, officials are trying not to repeat scenes from Memorial Day, when thousands flocked to beaches, bars and parties while experts cautioned that crowds could lead to spikes in cases down the road.

In Texas and parts of California, bars were directed to close back down, while beaches in Miami, Fort Lauderdale and Palm Beach were ordered off-limits to the public during the upcoming holiday weekend. In Florida, on-premises alcohol consumption was suspended in bars statewide.

The risk of keeping bars and restaurants open is exemplified by a bar in East Lansing, Michigan, where 85 people contracted Covid-19 after visiting early this month.

Even states with low case counts have readjusted their reopening plans. Monday, New Jersey decided against resuming indoor dining, and New York Gov. Andrew Cuomo said a decision on whether New York City could resume indoor dining would be made by Wednesday.

The “national situation compounded by instances of knucklehead behavior here at home are requiring us to hit pause on the restart of indoor dining for the foreseeable future,” New Jersey Gov. Phil Murphy said at a news conference.

“This isn’t a forever and for always, but this virus indoors, sedentary, lack of ventilation, close proximity, it’s just a lot more lethal than it is outdoors,” Murphy told CNN’s Jim Acosta, noting that outdoor dining was generally going “very well.”

The announcements come after a devastating week for the country, during which many states broke records for new confirmed cases in a day and the US recorded a record high of single-day confirmed cases with 40,173 reported Friday. New cases are particularly surging among young people in the South and West.

Oregon could see its hospitals overwhelmed within weeks if the virus spread isn’t slowed, Gov. Kate Brown said. And in Los Angeles County, there are just 200 ICU beds available, according to data presented by Health Services Director Christina Ghaly. Hospital beds could be at capacity in just a few weeks, she said.

But the numbers of cases reported may just be a glimpse into how widespread infections really are — a survey from the US Centers for Disease Control and Prevention found the total number could be up to 24 times higher than reported.

The pandemic has changed life everywhere, but no other country has seen as much illness and death as the United States. The US makes up about 4% of the world’s population yet accounts for a quarter of the world’s reported cases and deaths, according to data from Johns Hopkins University.

What happens next is unclear. Until a vaccine or treatment is widely available, public health experts have repeatedly pushed for mass efforts on behalf of the public good: social distancing, hand-washing, mask-wearing, testing, contact tracing and quarantining the sick.

Local and state leaders have vowed they’ll do whatever it takes to stay away from a second shutdown. But many have stopped short of taking the option off the table.

Increase will ‘get worse for weeks’

Health and Human Services Secretary Alex Azar warned Sunday that the window of time to get the pandemic under control is quickly closing.

Governors have partially attributed their surges to more widespread testing — but former CDC director Dr. Tom Frieden said Sunday that even with more testing and better prepared hospitals, “this virus still has the upper hand.”

The increase in cases across the South is the result of reopening too quickly, Frieden said on “Fox News Sunday,” adding that it “is going to continue to get worse for weeks.”

And deaths will come too, he noted in a grim prediction that coronavirus fatalities will lag behind cases of infections by about a month.

Across the US, 31 states saw an increase in new coronavirus cases this past week compared to the week prior, primarily in the South and the West.

Another 15 states held steady compared to the week prior, and just four states saw a decline: Connecticut, Delaware, New Hampshire and Rhode Island.

The rise in cases comes as health experts have acknowledged America’s efforts to stop the virus have fallen short.

He suggested that the White House coronavirus task force is “seriously considering” pool testing for Covid-19.

Pool testing works by mixing several samples together into a “batch,” or pool, and then test the pooled sample with one diagnostic test. If the pooled test comes back negative, then you have eliminated that group of people with one test. If you get a positive result, you can go back and test people individually.

In addition to the testing issues, new data shows that states have underinvested in contact tracing, which involves tracking down all of an infected person’s close contacts to prevent further spread.

In April, the National Association of County and City Health Officials estimated that communities would need 30 contact tracers per 100,000 people.

But there are far fewer contact tracers than that in eight states rife with Covid-19 infections, according to new data obtained by CNN from Nephron Research, an independent health care research firm that has been monitoring contact tracing across states.

Just six states have more than 30 contact tracers per 100,000 residents, led by New York and North and South Dakota.

“Thanks to our contact tracing program we found these clusters quickly, allowing us to address them immediately and help prevent the virus from spreading further,” he said Friday.

Asked about the country’s progress on contact tracing, Fauci was not impressed. “I don’t think we’re doing very well,” he said.

Fauci also expressed skepticism that a moderately effective vaccine would stop the pandemic.

He said he would “settle” for a Covid-19 vaccine that’s 70% to 75% effective, but that this incomplete protection, coupled with the fact that many Americans say they won’t get a vaccine, makes it “unlikely” that the US will achieve sufficient levels of immunity to quell the outbreak.

Dr. Birx: Masks may partially protect you from getting infected

As communities again grapple with how to move forward, another question: What about masks?

White House coronavirus response coordinator Dr. Deborah Birx on Sunday pushed Americans to wear masks, saying that not only does evidence suggest masks “keep you from infecting others,” but they “may also partially protect you from getting infected.”

The government has mentioned the possibility before but has not made it a point of emphasis. The CDC says, “cloth face coverings are meant to protect other people in case the wearer is unknowingly infected but does not have symptoms.”

Birx also encouraged young people to wear masks when they venture out, adding, “and if they’re interacting with their parents and grandparents, they should wear a mask then too because we know now how many of them are asymptomatic.”

Vice President Mike Pence recommended that people wear masks when they cannot social distance. But he has refrained from requiring everyone to wear one and has instead deferred to local and state leaders, who are themselves following the lead of President Donald Trump, who has steadfastly refused to wear a mask in public.

Still, the mask-wearing message may be getting through. The city of Jacksonville, Florida, which plans to host a large Trump rally during the Republican National Convention in August, announced it will require face masks for public and indoor locations. 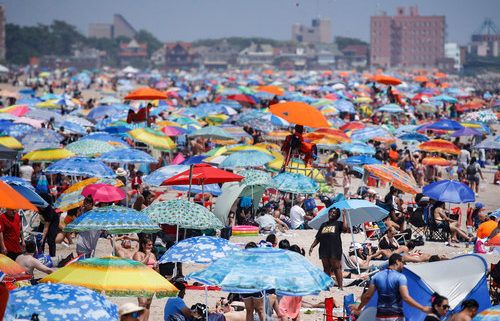 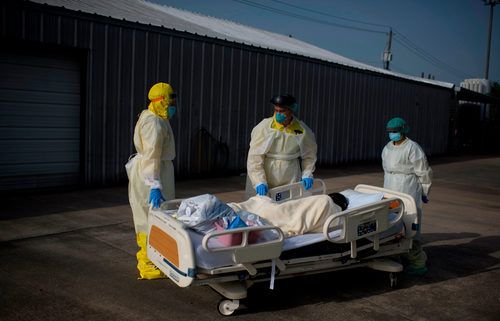 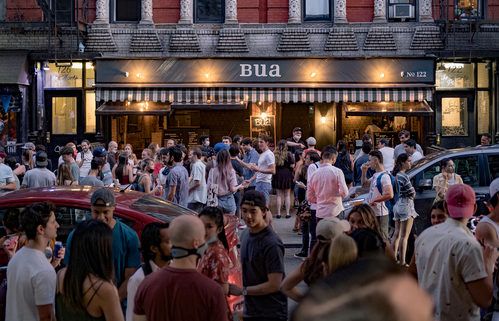