In the opening scenes of the new film “Good Night Oppy,” the Opportunity rover rolls along through Perseverance Valley on Mars in June 2018, as “Roam” by The B-52s fills the room at mission control.

The peppy tune was the rover’s wake-up song, played at NASA’s Jet Propulsion Laboratory in Pasadena, California. In the same way NASA has used a song to wake up astronauts each day they spend in space since the 1960s, the Opportunity rover team began their daily shifts with a song that set the mood for “Oppy’s” journey.

But a storm brewing on the horizon changed everything.

Oppy had weathered dust storms before, along with solar flares, sand traps, cosmic rays, near collisions and harsh Martian winters for more than a decade while exploring the red planet. In 2018, however, her team was able to recognize the signs of “gray hairs” — a failing memory, the desire to nap, arthritis in the robotic arm.

Mission team members still thought of her as their lucky rover, though — invincible. After all, Oppy was designed for a 90-day mission, but she had exceeded all expectations and outlived her twin sister, Spirit, by some seven years.

This storm was different. It rapidly grew in size, encircling the planet and blocking out the sun.

The solar-powered rover’s last message to mission control translated to this: “My battery is low and it’s getting dark.”

This chapter is just the beginning of the documentary, available to stream on Amazon Prime on November 23. The film traces the journey of the twin rovers and the people who dedicated their lives to them from concept to that last transmission.

The film shines a light on the hope of space exploration and captures the emotional attachment between humans and the robotic ambassadors that explore on our behalf.

Director Ryan White has woven together decades of footage from the NASA vaults with photorealistic effects and animation from Industrial Light & Magic, the famed visual effects company founded by George Lucas, and narration from actor Angela Bassett. The documentary places the viewer on Mars along with the two rovers as they roam on opposite sides of the red planet.

“Even though the spacecraft was robotic, the mission was human,” said Doug Ellison, engineering camera team lead for the Curiosity Rover at JPL, who also worked on Opportunity’s mission.

As NASA engineers built and tested the twin rovers in the early 2000s, they quickly realized the robots couldn’t be more different. Spirit was the headstrong drama queen while Opportunity was the overachiever, according to team members. Spirit was stubborn and struggled through the same tests that Opportunity breezed through. Their personalities seemed as human as their design.

The rovers were built to search for past evidence of water on Mars. Both launched in 2003 inside protective shells aboard Delta rockets and landed in 2004 on opposite sides of the red planet. The dual mission’s first 90 days came and went, and the JPL team realized the two rovers were ready for more adventure.

Together, Spirit and Opportunity’s findings would rewrite the textbooks with new information about the red planet and its intriguing, watery past — and they both got into all sorts of trouble in between discoveries, like getting stuck in the sand and nearly careening down the sides of steep craters.

The bonds between team members and the rovers quickly deepened, despite the vast distance between Earth and Mars — making it all the more difficult when Spirit’s journey ended in 2011 and Opportunity fell silent in 2018. There was hope for both rovers to “wake up” until the bitter end.

“The way that the (Opportunity) mission ended was very sudden,” Ellison told CNN. “We had a very happy and healthy rover one week, and then this dust storm came along and took it all away. … You can call it a death in the family. It was very sudden, it was very traumatic. And getting to revisit it was really kind of emotionally rewarding.”

Thousands of people had worked on every aspect of the rovers, bringing them to life and keeping them rolling on Mars longer than anyone expected.

“What we’re really saying goodbye to is the teamwork that is focused through this robot and getting to work with a whole bunch of amazing people,” Ellison said.

The creative process behind the film began in March 2020 on the eve of the pandemic.

A self-professed “space geek,” White grew up in the 1980s and followed space missions. The project became his “lifesaver, getting to work on something so joyful during such a dark time,” he said.

Industrial Light & Magic took up the task of bringing Mars to life in a way that had never been seen on film before. Shot by shot, ILM team members worked with NASA to confirm what they depicted was accurate to the rovers’ experience.

The end result is as close as viewers may get to standing on the surface of Mars, with camera angles that feel like they were filmed on the red planet itself.

“ILM really taught us that you can do that within the constraints of reality: through lensing, and lighting, and through the angle on the robot’s cameras, which were her eyes,” White said.

Spirit and Oppy’s missions have ended, but Mars exploration continues today through next-generation rovers like Curiosity and Perseverance. The latter launched in July 2020 as White was working on the documentary.

The first Martian samples collected by Perseverance will make their way to Earth in the 2030s, and may contain evidence of life — if it ever existed on the red planet.

“All of these missions, as a cadence, are the precursor for sending humans there to carry on that adventure in the future,” Ellison said. “I hope that the next generation of engineers and explorers, people like my little 4-year-old girl, can see documentaries like this and go, ‘I want to do some of that, too. I want to be a part of an adventure like that.'”

Add to queue: More on Mars

Aspiring teenage astronauts explore the curriculum at NASA’s Space Camp in Huntsville, Alabama, as they chase dreams of traveling to Mars one day. Experts also weigh in on NASA’s history and future and the practicality of colonizing another planet, revealing the first human journey to Mars is closer than you might think.

Based on the novel by Andy Weir, the optimistic sci-fi film by Ridley Scott follows a stranded astronaut who must find clever ways to survive on barren Mars with only a few supplies and no way to contact Earth.

Set in a future in which much of the solar system has been colonized by humanity, the six-season television series (and a book series of nine novels by James S.A. Corey) follows a hardened detective and a rogue ship’s captain who investigate the case of a missing young woman. Racing across the planets, they uncover secrets about their unusual living circumstances.

Read: “Roving Mars: Spirit, Opportunity and the Exploration of the Red Planet” (2005)

Steven Squyres, mission manager for the Mars Exploration Rover Project, shares the story behind the landing of the twin rovers in 2004. With the many setbacks in the mission’s early start, and the race against the clock to finish building the two rovers before launch, Squyres gives readers a front-row seat and his expert insights on the rovers’ first findings.

Released 50 years after NASA’s Apollo 11 mission, this critically acclaimed documentary breaks down the final moments of preparation in 1969 leading up to the landing of the first human on the moon. With current Artemis missions set to land the first woman and first person of color on the moon in the coming decade, NASA hopes further lunar discovery will eventually lead to the first human setting foot on Mars, making the findings from the historic Apollo 11 mission more important than ever.

Taylor Nicioli contributed to this story. Top image: Visual effects artists working on the film studied how Martian sand moves in the wind, how light diffuses through the thin Martian atmosphere, and what it looks like on the planet’s surface at sunrise and sunset. Sign up for CNN’s Wonder Theory science newsletter. Explore the universe with news on fascinating discoveries, scientific advancements and more. 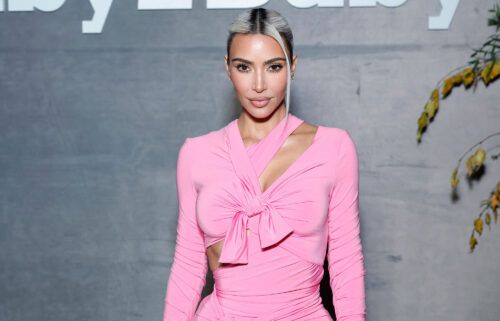 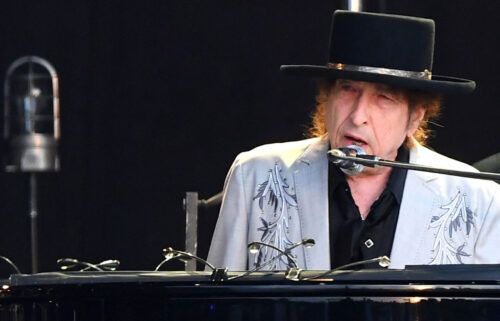 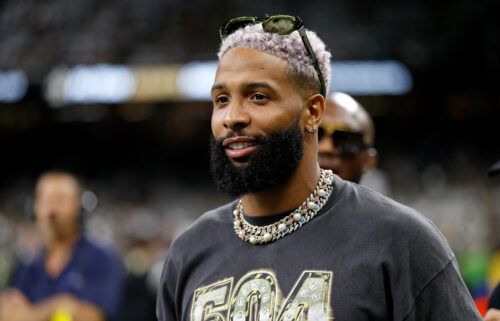