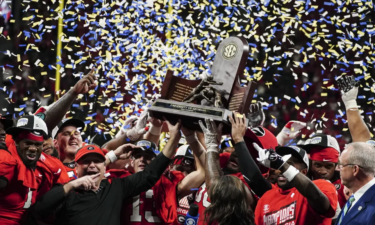 Speaking backstage Monday after the brand’s open-air runway debut in Paris at the Petit Palais, Zimmermann’s creative director Nicky Zimmermann told CNN Style that, after nearly three years of travel restrictions due to Covid-19, the brand was ready to do “something different.” And Paris Fashion Week was a natural choice.

“We made the decision during Covid,” the designer said. “We were in Australia doing films and we wanted to do something different, and Paris made sense as the business is evolving and we’re growing.”

The Sydney-based label, known for its beachy floral dresses, resort- and swimwear, had previously shown its collections at New York Fashion Week. But its presence in Europe continues to expand, Zimmermann said, and the brand has already outgrown its Paris office, which opened in 2019 and serves as Zimmermann’s European headquarters.

Zimmermann will also open up a new store in Florence in a few days and additional stores in Europe in 2023.

“We like to open stores where we like to go. We have quite a few stores in Europe and it’s quite an important market for us,” Zimmermann explained.

The spring/summer 2023 collection, titled “Wonderland,” was inspired by stories Zimmermann’s grandmother told her about a giant Edwardian roller coaster that spanned the entire length of Tamarama Beach in Sydney. The ride was one of the main attractions at the late 19th-century Bondi Aquarium, and later the Wonderland City carnival that ran at the beach between 1906 and 1911.

While designing the collection, Zimmermann found archival photographs of the carnival and melded them with images of the beach today to create prints seen among the looks — swirled on asymmetrical skirt hems, mini dresses and silk kaftans. The prints also informed the season’s color palette of pastels, warm oranges and sunny yellows, as well as metallic gold, muted rust and ecru.

Florals have always been part of the Zimmermann aesthetic; this season, looks featured imagery and typography from early 1900s seed packets that was also reimagined as prints for silk joggers and matching crop tops, billowing flares, and floor-skimming maxi dresses.

Other standout looks included crisp white gowns and skirts dripping with lace and ruffles, as well as bustiers paired with voluminous skirts and low-slung cargo pants — for the girl who effortlessly floats between yacht parties and late-night beach clubs.

The luxe beach theme stretched into the show’s soundtrack, which featured voiceovers from well-known Australian women — Kylie Minogue, Naomi Watts and Rose Byrne, among others — sharing their childhood memories of trips to the beach.

“We wanted to do something that people could connect with,” Zimmermann said of the soundtrack.

Founded in 1991 by Nicky Zimmermann and her sister Simone, the company has grown to be one of the Australian fashion industry’s most successful brands, with over 50 stores worldwide, including three in France and 19 across the United States. Famous fans include Katie Holmes, Margot Robbie, Kendall Jenner and Beyoncé, who has worn Zimmermann designs to red carpet events and in her iconic “Formation” music video. 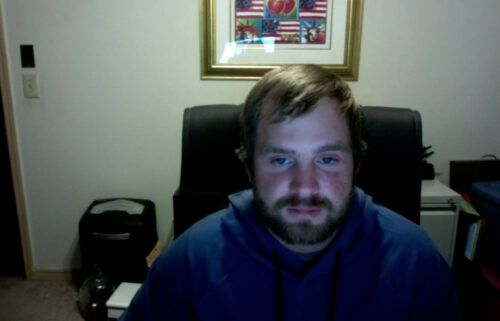