The romance of rail travel has seduced many travelers over the years. Sitting in a train as it slips quietly out of a city, along tunnels and viaducts, sneaking glimpses of people’s backyards before rolling into open countryside is one of life’s true pleasures.

It’s a love affair that started in Britain, as pioneering steam trains offered speed and comfort while linking the country’s great urban centers to its furthest corners, then quickly spread around the world.

Yet, while railway passions continue to burn strong in countries across Asia and Europe, with investment in high speed networks cementing their place as the future of sustainable transport, in the UK the relationship is looking less than healthy.

It’s no secret that things have been on the rocks for a while.

Sure there are good days when on-time services deliver happy passengers to their destinations. But there are too many bad days of complaints, overcrowding, cancellations, delays and soaring prices — particularly in the north of England.

Which is partly why the latest news about HS2 — an under-construction rail line designed to offer a dedicated high speed link between London and Birmingham, the UK’s second largest city, and densely populated city regions further north — has caused such upset.

HS2 was originally conceived as a Y-shaped network that, once at Birmingham, would branch left and right toward the cities of Manchester and Leeds, taking in both sides of the country. Now the eastern arm of the route has been amputated.

HS2 was already controversial, raising objections from communities blighted by its construction, environmentalists trying to save ancient woodland lying in its path and others who argue that an estimated £88 billion ($118 billion) is a steep price for marginally faster travel.

But the UK government sold the project to voters as a chance to “level up” deprived post-industrial areas across central and northern regions through investment in improved infrastructure to create “northern powerhouses.”

Then the ax fell. Just days after it hosted the COP26 climate deal in Glasgow, the government scrapped a huge chunk of a project that was one of the pillars of its own decarbonization strategy.

And instead of the ambitious goals of reconnecting forsaken parts of the country with new high speed lines, it was instead now promising to simply upgrade existing lines dating from the 19th century. In another controversial decision, the government last month announced a 50% reduction on air passenger duty for internal flights, a measure seen as detrimental to rail travel.

Incandescent politicians, business leaders and regional media lined up to criticize the cutbacks, which came after months of leaks contradicting promises by Prime Minister Boris Johnson that the HS2 line would be built in full.

The cuts were announced by the UK’s transport minister, Grant Shapps, as part of a $129 billion plan he described as the “biggest ever single investment in Britain’s railways” — a claim quickly assailed by critics including lawmakers from Johnson’s ruling Conservative party.

Among them is Terence O’Neill, a Conservative former government minister who now sits in the House of Lords upper parliamentary chamber and vice chairs the Northern Powerhouse Partnership group of politicians and business leaders from across the north of England.

“The government has managed to disappoint virtually everybody,” he said in a TV interview with Sky News. “It’s shambolic. Who would have thought that announcing a package of work close to £100 billion could go down so badly?

“They’ve talked 60-70 times about delivering Northern Powerhouse Rail in full and they’ve penny-pinched. Even in Manchester where we’re still getting HS2, we haven’t got a new station or better links to Leeds.”

Critics pointed out much of the money had been announced before or represented revived projects previously canceled by the Conservatives.

Of the $129 billion total, almost half was already accounted for spending on the HS2 line between London and Birmingham, plus its left-hand extension to the central England rail junction city of Crewe.

Another $22.6 billion was earmarked for the new line to Manchester and connections to the UK’s existing West Coast Main Line, allowing faster connections to cities in the northwest, North Wales and Scotland by the 2030s.

Meanwhile, on the eastern side of the country, the right-hand side of the HS2 line will be replaced by an amputated stump that peters out somewhere near Nottingham, leaving great swathes of territory unserviced by improved connections.

Some fear such cost-cutting could create a new east-west divide in England to rival the already sharp economic divide between north and south. The combined counties of Yorkshire, in northeast England, will get just two miles of new railway.

To sweeten the deal, the government has promised future investment in upgrading track linking the northern cities of York, Leeds, Manchester and Liverpool to increase speed and capacity, plus electrification of links between London, Nottingham and Sheffield and track improvements on the country’s East Coast Main Line.

While these valuable schemes could partially compensate for the cuts, delivery timescales still extend into the 2040s and they will still need to win funding approval — a notoriously difficult challenge for major infrastructure projects.

Unlike the London-Manchester route, where HS2 trains will whizz from city to city on all-new lines at up to 400kph (250mph), Services to the East Midlands, Yorkshire and the north-east will have to run at just half that speed — and often much less — to reach their destinations.

While journey times will still be significantly reduced, the high-speed trains will have to compete for track space with existing inter-city trains, regional services and slow-moving freight on lines that are already struggling to cope with congestion.

It’s a development, he says, that “threatens the most significant cuts to local rail services since the 1960s.”

The downgrade of the proposed Northern Powerhouse Rail project is likely to scupper goals of reducing congestion and stimulating regional economies.

It will leave millions of people relying on piecemeal upgrades to Victorian railways and casts doubt on the prime minister’s commitment to his flagship “leveling up” policy.

“The impact on the city of Leeds, for example, cannot be overstated,” adds Dennis. “Where previously we expected new high-speed platforms to free up space for more local services running east-west we now have nothing.

“Where previously we had the potential for London-style metro services over the Pennines to Manchester and everywhere in between, we will have a reduction in local services to accommodate long-distance trains.”

“Where Leeds should have had high-speed services to Sheffield, Bradford and Manchester over new lines, these routes will now be less reliable as they mix with local services and they’ll likely require local services and perhaps some stations to be sacrificed. It’s nothing short of a betrayal.”

Overcoming the historical divide in living standards, economic output and productivity between prosperous southeast England and the north has been likened by some to efforts required to reunify Germany after the Berlin Wall fell in 1989.

Over the last 30 years Germany has invested hundreds of billions of dollars in new roads, railways and other infrastructure to try to bridge the gap between the states of the former communist east and their wealthier western neighbors.

Public transport spending in England has long been an example of disparity between London and the regions. Annual investment is more than $1,330 per head in the capital compared to about one third that in Yorkshire and the northeast of England.

The East Midlands fares even worse with investment per head just one-quarter of the total enjoyed in London.

HS2 was expected to be the catalyst for changing this, with the most obvious upswing being felt in the big city regions outside the capital.

Its supporters are hoping that the fierce backlash against the government’s new plans will force a policy reversal.

However, given the scale of investment required to deliver the plans in full at a time when the cost of dealing with Covid-19 and delivering the UK’s Brexit from Europe is mounting up, it seems unlikely.

Until the pandemic, the most pressing problem for Britain’s railways was coping with rising demand — trying to run ever more trains on a network largely dating from the 19th century was having a detrimental effect on reliability and punctuality.

Tracks and trains were showing their age and, unlike many other railways in Europe, Asia and North America, adding extra seats by running longer or double-deck trains is not possible due to the limitations of the old infrastructure.

For the British rail industry, building HS2 in full was the key to unlocking massive extra capacity for passengers and freight.

In its previous form, the Y-shaped HS2 network would have relieved all three of the main routes from London to northern England and Scotland — the West Coast, East Coast and Midland Main Lines. Without the eastern leg, it becomes largely a bypass for the former and potentially creates more congestion on the other two.

While UK railways are undoubtedly successful in many areas, not least in having the best safety record in Europe over the last decade, they are widely regarded as expensive and inefficient compared to similar networks in mainland Europe. Costs for upgrades such as electrification are three times higher than the average elsewhere in the world and the inability to deliver major projects on time or within budget is an ongoing concern.

Many of the issues being experienced are not exclusive to Britain. Congestion, overcrowding, crumbling 19th century infrastructure, and climate change all have an effect on costs and reliability, even in countries such as Switzerland and Germany.

Repairing and enhancing the network is an expensive business, especially at a time when Covid era commuter travel patterns threaten the bedrock of season ticket revenue that has underpinned the passenger railway for more than a century.

However, coming after a traumatic timetable meltdown that exposed systemic weaknesses in Britain’s rail industry in 2018, the collapse of passenger numbers due to Covid-19 finally killed off a flawed franchising model that has seen private companies running passenger services since the mid-1990s.

Over the last two years the UK government has effectively renationalized its rail system, reluctantly spending up to $1.3 billion a month to prop up ailing operators.

Once again, the country that gave railways to the world faces a period of uncertainty as its passenger rail industry is reorganized from the top down for the fifth time in a century.

The widespread outrage over the scaling back of HS2 in November looks unlikely to dissipate quickly, but whether it will lead to a rethink remains to be seen.

In the meantime, Britain’s now-rivals in the European Union are accelerating investment in new metros, high-capacity regional networks and high-speed lines that will be the backbone of their economies over the next century.

For all it complains about its trains, Britain retains a huge fondness for railways and many know that they must play a central role in the country’s fight against climate change.

It’s possible that, at some point in the future, the romance will be rekindled. 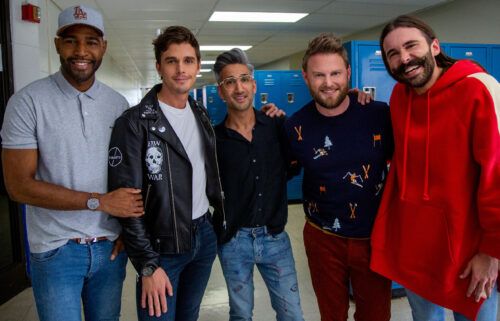 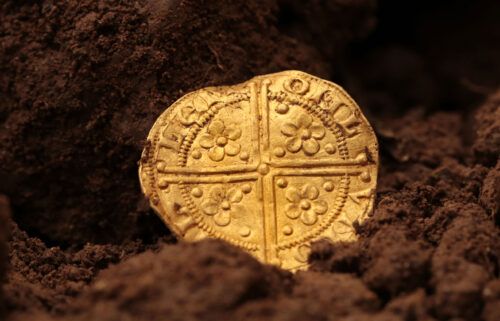 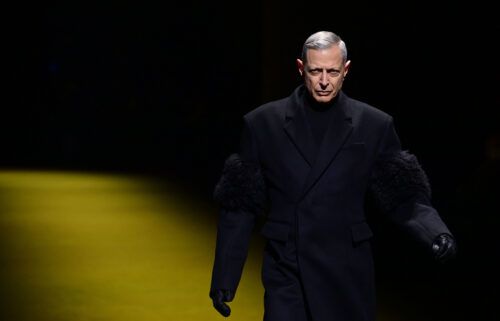 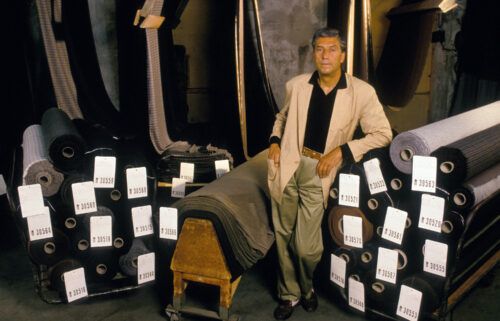