What a difference Covid-19 vaccines and 12 months make.

Last year, the annual Macy’s Thanksgiving Day Parade was a muted affair. Because of the pandemic, it was a TV-only event. No animated crowds lining Manhattan’s avenues. No long parade route.

The 2021 spectacle returned to the more familiar parade of yore on Thursday. Travelers and residents have 2.5 miles of public viewing as balloons, floats and bands make their way from the Upper West Side to Macy’s flagship store at Herald Square.

About 2.5 million people were expected to attend this year, according to a Macy’s spokesman. “We’re so thrilled to be back,” Orlando Veras told CNN’s Miguel Marquez.

Veras said “we have 6,500 participants in the parade, but there’s thousands of more people who are supporting behind the scenes from various agencies in New York City, state and federal government. You know, it is one of the largest events in New York City and a national tradition.”

“Obviously, I had to watch it on TV” last year, she told CNN Travel. “It was still fun and brought back great memories.” But Fischer said it wasn’t the same experience without the energy of the street and the usual traditions.

Fischer has a lot of in-person, treasured experiences with the parade.

When her two children were younger, Fischer used to take them to watch the giant balloons being inflated. Then they’d catch the parade on TV the next day in their pajamas at home.

Around 2004, they had a particularly memorable time watching up close.

“We got to be in the stands right in front of Macy’s,” Fischer said. “I was fortunate enough to get tickets and right in front where they televised it. That was really fun.”

Here’s what folks on the ground and watching on TV can expect:

The 2020 parade was held in a small area around the Macy’s flagship store — just enough room to stage it for broadcast.

This year is taking a more traditional route, starting at West 77th Street and Central Park West, but with no or limited public viewing there, according to Macy’s official parade website.

Early birds start arriving around 6 a.m. Thursday on Central Park West from West 75th to West 61st streets. This stretch is considered to have great views. The parade will then make a turn at Columbus Circle — again no public viewing at the circle.

After a relatively short distance down Central Park South, the parade will head south on 6th Avenue for the long trip toward Midtown Manhattan. Macy’s touts the views from West 59th to West 38th streets.

The parade makes its final turn on 34th street and terminates in front of the flagship store (no public viewing here either).

Year after year, there is always this big question: Will the winds keep the balloons from flying?

There is nothing in the forecast computer models that indicates winds will get anywhere near the threshold, according to CNN Meteorologist Judson Jones.

Not only that, but the weather will be crisp and beautiful, Jones said. It may be a little bit cold in the early hours, the upper 30s to lower 40s. But by the time Santa hits Herald Square, it will be mostly sunny with a temperature of about 50 degrees, if not a bit warmer, he said.

You can get updates at CNN Weather.

How to watch from home

Can’t be there in person?

NBC is the official broadcaster for the parade, and coverage starts at 9 a.m. in all US time zones. The parade hosts are Savannah Guthrie, Hoda Kotb and Al Roker of the “Today” show.

The Spanish language simulcast on Telemundo will be hosted by Ana Jurka and Carlos Adyan. NBC is also offering streaming on its new Peacock Premium platform.

CBS will also cover the parade from 9 a.m. to noon. And it will live stream on its Paramount Plus Premium platform.

You might also catch it if you have live TV streaming services such as FuboTV, Hulu with Live TV, Sling TV and YouTube TV.

It’s hard to beat that head-to-toe tingle that a good marching band gives you. And Macy’s draws some of the best from around the United States. A few bands from the 2021 musical cavalcade:

— The Hampton University Marching Force: This high-energy Virginia band played at the 2020 New Year’s Day Parade and Celebration in Rome and its drumline was in the 2019 Tournament of Roses Parade.

— The Ann Richards Marching Stars: Deep from the heart of Texas, the band is the only all-female competitive marching band in the country, according to Macy’s.

— The Centerville High School Jazz Band: Hailing from Ohio, the band is known for its traditional and contemporary treatments of big band jazz. They are set to perform “The Twelve Days of Christmas.”

The parade will also present singers, musicians and entertainers from a wide variety of genres. Some of the many stars scheduled to appear include:

Those huge balloons giving giant-sized visual thrills will be back. A small sampling of what you’ll see:

— Ada Twist, scientist: From the Netflix series, she makes her balloon debut this year at about the height of a four-story building.
— Tiptoe the Reindeer, also making its balloon debut
— Astronaut Snoopy, the ninth balloon iteration of the Peanuts character
— The Pillsbury Doughboy at 46 feet tall
— Smokey Bear, star of the longest running PSA in US history, according to Macy’s

Another beloved tradition — the public viewing of the balloons being prepared — returned this year. It was held Wednesday on the Upper West Side.

Closer to the ground but just as festive are the creative, multilevel parade floats. Some fun ones to watch for this year include:

While full vaccinations were required to attend the balloon inflation event Wednesday afternoon, there is no Covid-19 vaccination requirement for the public to watch the parade from the sidewalks on Thursday morning. People are encouraged to wear masks and dress accordingly for late November weather in New York City.

Mayor Bill de Blasio said Wednesday that there were no “specific and credible threats” against the city’s Thanksgiving Day parade. Nevertheless, NYPD Commissioner Dermot Shea said his officers would be on high alert.

“We never rest on our laurels and we’re going to have thousands of officers out there to make sure that you don’t have to think about security,” he said.

De Blasio was asked by reporters on Monday whether the Wisconsin Christmas parade incident that left six people dead after an SUV plowed into a crowd would affect New York City’s security plan.

“It’s tragic and horrible what happened in Wisconsin but, I will tell you, the NYPD for years and years has planned for very careful security around the parade,” the mayor said.

Lisa Fischer said she plans to get up really early Thursday, grab a coffee, corral a couple of friends and see whether she can find a spot on the sidewalk to watch.

Fischer has an enviable back-up plan if the ground level action isn’t to her liking.

Her apartment at 60th Street and Amsterdam Avenue near Lincoln Center gives her a bird’s-eye view of Columbus Circle, where the parade will make a turn.

She has an amazing personal simulcast situation, too. Her TV is set up so she can watch the broadcast and watch the parade go by through her apartment window at the same time.

“I’m excited to watch it in person this year. It’s not Thanksgiving without the parade. It’s the kickoff of the holiday season,” she said.

“New York City feels a little lighter for the first time in 18 months. … Lots of Christmas decorations are up now. There are seemingly more tourists here. The atmosphere doesn’t feel as heavy. I feel more optimistic.” 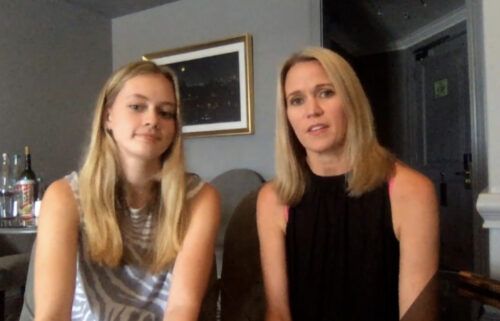 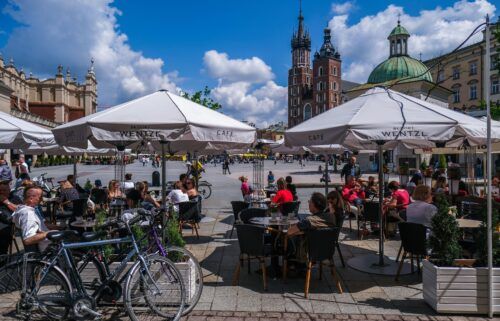 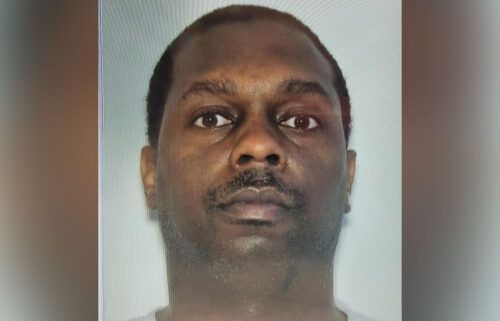