If you’re planning to travel to Costa Rica, here’s what you’ll need to know and expect if you want to visit during the global coronavirus pandemic.

Costa Rica opened back up for tourism in November 2020.

However, a new wave of the virus has taken off in 2021, with hospitals “dangerously full” at the peak, and Costa Rica being high up on the board of the most new cases globally.

What’s more, the Delta variant has now arrived in Costa Rica, leading it to be added to other countries’ banned lists.

Costa Rica is known for its “pura vida” (pure life), and, pandemic aside, the vida is still pura here. This is a country for nature lovers, with both a Caribbean and Pacific coast, and jungle covering about a quarter of the country. Whether you’re here for the cloud forests, the volcanoes or the incredible nature and wildlife, your shoulders will definitely drop a few inches. Most visitors pass through capital San José as a mere routing point, but it’s a beautiful city, with stunning architecture, public art and museums.

Everyone. Costa Rica opened back up — even for tourism — on November 1, 2020. However, there are of course restrictions. And standard visa regulations still apply.

In August, Costa Rica’s president signed a law that allows “digital nomads” to remain in the country for up to two years. To qualify, individuals must earn at least $3,000 per year and families must make at least $5,000. Benefits include the ability to open a Costa Rican bank account and their local U.S. driver’s licenses being honored locally.

There’s no need for a negative Covid-19 PCR test result as there was initially. All passengers must fill out a Health Pass within 72 hours of travel. The website gives a QR code that you should show on arrival.

From August 1, fully vaccinated adults and anyone under the age of 18 (regardless of vaccination status) have been exempt from the requirement for travel insurance. Proof of vaccination — which must have taken place at least 14 days prior to entry — can be added to the health pass.

Anyone not fully vaccinated must have insurance which covers potential quarantine accommodation up to $2,000 and medical expenses of at least $50,000 related to Covid-19. This must be accompanied by a certificate in English or Spanish, giving the policyholder’s name, the dates of coverage and guarantees as stipulated above.

Residents and Costa Rican nationals may be subject to self-isolation on arrival.

The land borders, which had been closed to nonresidents, reopened April 5 to visitors not needing a visa. The previous 14-day quarantine for those entering via land has also been abolished as of April 5.

America’s CDC classes the risk in Costa Rica as “very high” and says US citizens should “avoid all travel to Costa Rica.” Even fully vaccinated travelers are at risk of catching variants, it says. It has kept this advice through June, even though it has downgraded other countries with high infection rates.

Meanwhile, the UK added Costa Rica to its “red list,” meaning travelers coming from there will be subjected to hotel quarantine, on June 3. Its position on the red list has been renewed.

Undeterred, American Airlines have announced they will start flights from Chicago to San Jose in November 2021.

Costa Rica has seen 489,784 cases and 5,754 deaths as of September 15. Case numbers have risen fast in the second wave — they doubled in April, and May saw record infection and death rates, according to the government.

On April 28, the authorities were warning that patients were having to wait for hospital beds; two weeks later, there were 432 Covid patients in intensive care countrywide, well past the maximum optimal number of 359. By May 20 the number had risen to 520. It is the fullest the wards have been to date during the pandemic. By August 26, the numbers of people in hospital are rising, according to local media.

On May 5, PAHO — the Pan American Health Organization — warned that hospitals in the region are “dangerously full.”

On July 20, the government announced that the Delta variant had arrived.

Along with Mexico, Costa Rica was one of the first countries in Latin America to receive vaccines in December 2020. Over four million vaccination doses have been given so far, with about 30% of the population fully vaccinated as of September 15.

Things are getting back to a relative normal. National parks and beaches are open — the latter till 6 p.m.. Restaurants and bars have reopened, but clubs have not, and concerts and large groups are banned. Businesses must close at 11 p.m., however.

There is a nightly curfew from 11 p.m. to 5 a.m. Driving restrictions, which had ended, have been brought back in an attempt to stabilize infection rates. This is done via license plates. Cars with plates ending in even numbers (including 0) may circulate on even dates. Cars with plates ending in odd numbers can on odd dates. Rental vehicles are exempt from these rules. There is a total driving ban from 9 p.m. to 5 a.m.

Beaches are open from 5 a.m. to 6 p.m. National parks are allowing 50% capacity. Bars are operating at 25% capacity, and hotels at 75%. Concerts, nightclubs, fairs and other large gatherings are banned.

Back in August, Costa Rica was one of the first countries to allow Americans in, opening to visitors from six US states. Or read about this reforestation project for the great green macaws. Ready to book? Check out what to do in San José. 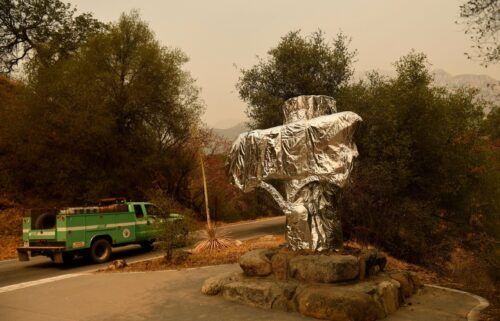 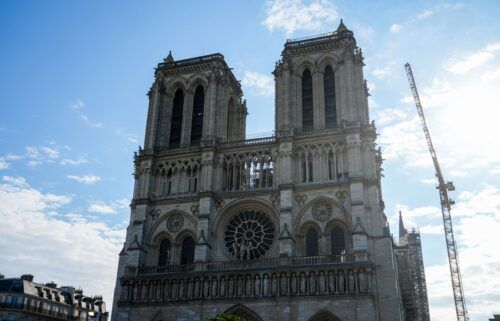