If you’re planning to travel to India, here’s what you’ll need to know and expect if you want to visit during the coronavirus pandemic.

India is currently the global center of a devastating new wave of the pandemic, with the country’s health system close to collapse.

The country swiftly closed its borders at the start of the pandemic, banning all scheduled international flights in March 2020.

Tourists are still banned, though those traveling on other visas from the continents of Europe, Africa and South America are allowed, along with travelers from other destinations who meet strict criteria.

Due to the second wave of infections, many places are massively reducing, indefinitely suspending or banning travel to and from India. At present, those destinations include Australia, Canada, China (including Hong Kong), Germany, Italy, New Zealand, Saudi Arabia, the UAE, the United Kingdom (which added India to its “red list”) and the United States.

Australia even banned its own citizens from returning from India — although that policy was revoked on 7 May.

The U.S. State Department alert reads in part, “If you must travel to India, get fully vaccinated before travel. All travelers should wear a mask, stay six feet from others, avoid crowds, and wash their hands.”

A planned travel bubble with Sri Lanka has been postponed.

The question is: What isn’t on offer in India? This vast country has an astonishing range of landscapes, architecture, cultures and religions. Most first-timers stick to the “golden triangle” of Delhi, Agra and Jaipur, but other big hitters for newbies include the Kerala waterways, beaches of Goa and Mumbai, one of the world’s most thrilling cities.

Tourists are not yet permitted. Only Indian nationals, those moving to the country as residents, and those from certain countries who qualify for visas other than tourist visas may go. From the United States, United Kingdom and Canada, things are more restricted — only diplomats and those listed in a government memorandum may travel. However other visa holders from the European Union, Africa and South America may travel — as long as it is not on a tourist visa.

Regular international flights are suspended, although Vande Bharat Mission repatriation flights are operating, as are “air transport bubbles” from various countries around the world — although only those meeting the visa criteria for entry are allowed on these flights.

All arrivals are screened. Anyone showing symptoms will be taken to a medical facility. Land borders are closed, other than for returning India nationals.

As of February 22, all travelers must upload a self-declaration form on the Air Suvidha Portal, as well as a negative PCR test taken within 72 hours of the journey. They must also declare via the portal that they will quarantine at home for 14 days on arrival.

Travelers arriving from the UK or Middle East must fill in the same form, declaring their travel history of the past 14 days, and any connecting flights on arrival in India, as well as provide a negative PCR test. They will be segregated in-flight or while disembarking and must undergo a further PCR test on arrival at their own expense. They must stay at the airport until they get their results.

Transit passengers coming from these countries who test negative can catch their connecting flights, but must quarantine at home for seven days, and take a test at the end of the quarantine period.

India is currently at the center of the global crisis, although numbers appear to be falling now, offering some brief respite. In the week leading up to June 11, 700,473 new cases were registered — down from the previous week’s 1,018,893, and significantly lower than the record 2,737,058 in the week leading up to May 8. At the start of May, new case numbers were regularly topping 400,000 every day — the record stands at 414,188, registered on May 6 — but on June 10, that number had dropped to 92,291. However, experts suggest the real number is much higher than those cases officially recorded. Eyewitnesses have reported an unprecedented number of bodies in and around the holy Ganges river.

The northwestern state of Rajasthan, like several others, has announced a temporary lockdown, while the positivity rate in the western state of Goa has been more than 50%.

On June 9, the government closed tiger reserves across the country, after a lioness died from Covid-19.

“This latest instance of a zoo animal getting infected by Covid-19 once again indicates the high likelihood of disease transmission from affected human beings to captive wild animals. A similar transmission may also happen in tiger reserves.”

The country has seen over 29.3 million cases and 363,079 deaths as of June 11, overtaking Brazil as the country with the world’s second highest case numbers, after the United States, and joining them to be the only three countries in the world to have passed 300,000 deaths on May 24.

While the outbreak is beginning to abate in major cities such as Delhi and Mumbai, its spread to rural areas is drawing concern.

Health services remain close to collapse. With no space left in hospitals, patients are being left to die at home, in ambulances and outside clinics. Even those who are given a bed remain in danger, with hospitals running out of oxygen and asking patients’ families to bring their own. People are mobilizing on social media to help track hospitals with space to receive patients, clinics where oxygen is available, and places to source antiviral medication Remdesivir for their loved ones.

On the first anniversary of its initial lockdown, India recorded 50,000 new cases — a record since November. On April, 21, it reported 295,041 cases of coronavirus and 2,023 deaths, its highest rise in cases and highest death increase recorded in a single day since the beginning of the pandemic, according to a CNN tally of figures from the Indian Ministry of Health.

It follows what experts say was a relaxing of behavior in early March, after the federal health minister declared that India was “in the endgame” of the pandemic.

On April 20, Delhi Chief Minister Arvind Kejriwal — who has previously warned of a “fourth wave” — warned that some Delhi hospitals had just “a few hours of oxygen” left.

Countries around the world are sending oxygen supplies and oxygen concentrators to India. And there are multiple individual efforts on the ground, including in Mumbai, where “oxygen man” Shahnawaz Shaikh is raising money to provide oxygen cylinders.

There are said to be nearly 800 variants present in the country.

In the city of Surat in Gujarat state, nearly 150 people are being turned away from hospitals every day, Dr. Hiral Shah, president of the state-level Indian Medical Association, said in the last week of April.

“Our hospitals are overwhelmed with our own population and we are running low on oxygen so we are not able to admit those coming in from surrounding areas,” he said. “The supply (of oxygen) is uncertain, hospitals don’t know what will happen today or tomorrow.”

As well as the risk posed by Covid-19 itself, people are also dying of “black fungus,” a rare and potentially fatal infection showing up in Covid patients. In Maharashtra state alone, 2,000 cases and 90 deaths have already been registered.

The situation has serious implications for the rest of the world, say experts.

“If we don’t help in India, I worry about an explosion of cases” around the world, said Dr. Ashish Jha, dean of the Brown University School of Public Health. Indeed, the variant is already the dominant one in the UK, where case numbers are mushrooming, despite the successful vaccination drive there. Public Health England has announced that the Delta (Indian) variant is roughly 60% more transmissible than the Alpha (UK) variant, which had previously seen infection rates rocket. PHE reported that the Pfizer and AstraZeneca vaccines are less effective against the variant after one dose, though there is little reduction in efficacy for the fully vaccinated.

Over 246 million vaccination doses have been delivered so far in India — but just 3.34% of the population are fully vaccinated. A worrying gender disparity is also emerging, with 17% more men being vaccinated than women. Maharashtra, Odisha and Punjab state health officials have previously reported vaccine shortages. The country has currently bought enough vaccines to cover just 8% of its 1.4 billion population.

Ahmedabad, in the west of the country, started a drive-through vaccination facility on May 8 to ramp up the immunization drive.

On 14 May, prime minister Narendra Modi finally addressed the crisis, saying that Covid hospitals “are being constructed quickly,” and that oxygen plants are planned in “far-flung” areas with the assistance of oxygen trains.

India imposed one of the world’s strictest lockdowns in March 2020, though restrictions have been eased as the months have gone on. Now the government is resisting calls for another lockdown. The Indian Medical Association has called for a 10-15 day national lockdown.

Weddings and religious events are now allowed to take place, and domestic travel is allowed. However, different states are imposing different regulations. Maharashtra — where Mumbai is located — imposed an evening curfew on 28 March.

Non-essential shops are now closed in Maharashtra, and grocery stores are only open from 7 a.m. to 11 a.m. Gatherings of more than five people are banned.

Rajasthan has entered a temporary lockdown.

Prime Minister Narendra Modi, who has been holding political rallies across the country, addressed the nation on April 20. He appealed to states to “use a lockdown as their last option,” even as the capital New Delhi entered its first full day of lockdown.

The Kumbh Mela, an important Hindu festival and one of the biggest pilgrimages on Earth, went ahead throughout April. Millions of Indians have traveled from across the country to Haridwar, an ancient city in Uttarakhand state, to attend ceremonies and prayers and take sacred dips in the Ganges River. Visitors had to register online and test negative before bathing, but experts warned it “could go down as one of the largest mass super spreading events ever.”

CNN’s Vedika Sud has written about the toll reporting on the situation has taken on her.

We’ve compiled lists of what we think are the best places to visit, the most beautiful temples, and India’s best things to eat, by region. If you’re looking for post-pandemic island life, here are some suggestions. Or read about the incredible history of Indian stepwells. And finally, read a round-up of India’s most famous buildings. 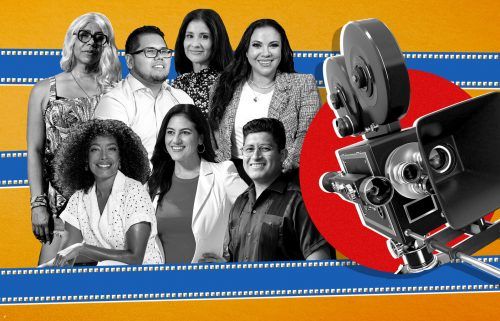 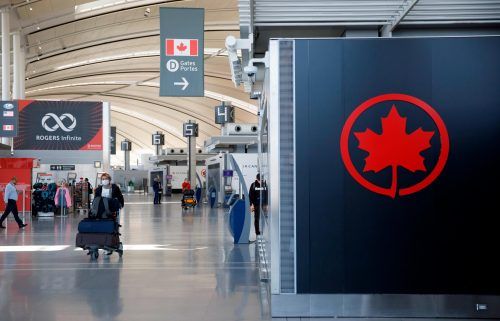