“You ride along here at night going home. And you look out. You look in the windows and you see the lights on and think… What is going on at that kitchen table? What are people thinking about? What are their real worries?”

Such thoughts would occupy Senator Joe Biden’s mind on his homeward commute from Washington D.C. to Wilmington, Delaware.

The 46th President of the United State’s relationship with trains reads like a romance. Biden has traveled over two million miles on Amtrak alone, often chewing the fat with passengers — sometimes even buying the coffees.

He earned the affectionate moniker “Amtrak Joe,” penned an article for Amtrak’s magazine entitled “Why America Needs Trains,” and in 2011 was honored by having Wilmington’s station renamed after him.

All of this, though, was prompted by tragedy. Biden was sworn into the Senate in January 1973 at the hospital bedside of his injured son, Beau. The month before, Biden had lost his wife, Neilia, and their 13-month-old daughter, Naomi, in a car crash involving all the Biden children.

Commuting by train meant the industrious family man would be home to kiss his two surviving children goodnight.

In a time when more than 276 million vehicles ply US roads, Biden’s profound faith in train travel feels almost quaint. Yet many of his presidential predecessors found it instrumental in meeting their people and spreading their message.

In one case, a train may even have won a certain president re-election.

In May 1826, entrepreneur Colonel John Stevens invited curious Hoboken locals to ride around in circles on a rudimentary engine at the breakneck speed of six miles per hour. Three years later, the first steam-engine locomotive, the “Tom Thumb,” was running a rickety 13-mile route between Baltimore and Ellicott Mills, Maryland.

The rail bug had bitten the USA, and within a short few years, the likes of the Baltimore Ohio Railroad Company and South Carolina Canal and Railroad Company were laying down tracks at the tempo of Gromit in “The Wrong Trousers.”

While Andrew Jackson became the first president to ride on a train, William Henry Harrison saw an opportunity to harness steam power for his own ambitions.

Fittingly, his 1836 campaign set off from Biden’s hometown of Wilmington — traveling to Trenton in New Jersey. Harrison was defeated, but returned to win the next election. Unhappily remembered as the first president to die in office, he was also the first to arrive at his inauguration by train.

Former railroad attorney Abraham Lincoln knew the potency of a train trip: en route to his 1861 inauguration, his whistle stop tour paused 93 times in towns and cities between his hometown of Springfield, Illinois and Washington. It allowed him to reach citizens on a personal level, and give them a precious glimpse of that iconic beard and top hat.

As he departed the crowded platform at Springfield, Lincoln said: “I now leave… with a task before me greater than that which rested upon Washington.”

His immediate task was surviving what must have been an arduous route: because there was no standardized rail gauge at the time, Lincoln was forced to switch trains multiple times. There was also an alleged assassination attempt on his life.

As the Civil War reached endgame, a private train car was prepared for Lincoln, named — what else — “The United States.” The president, wary of luxurious trappings, wasn’t sweet on the idea.

In a dark twist of fate, he never got to ride it anyway — at least, not alive.

Lincoln’s only journey aboard The United States came after his assassination. In the spring of 1865, the rail car — crudely stripped of its freshly fixed furnishings, and now fitted with a portrait of the president at the front of the engine — wound its way through some 180 cities between Washington D.C. and Springfield, Illinois in a somber kind of reverse inauguration trip.

Lincoln’s presidential legacy was bookended by rail travel. And between his inauguration and death, he’d signed legislation initiating the transcontinental railroad — a network that would link the East and West Coasts, swell trade and galvanize the very ideal of American unification.

James A. Garfield might have been another presidential proponent of trains, had he not been gunned down while about to board one, less than four months into his first term. The 20th President of the United States was shot twice in the back at Washington D.C.’s Baltimore and Potomac Railroad Station on July 2, 1881, dying 79 days later.

In an echo of Lincoln’s funeral, Garfield’s body was transported by train — mourners scattering coins and petals onto the tracks, then retrieving them as mementos once the wheels had passed over.

The railroad car that won an election

The heyday of the presidential train steamed into town with Franklin D. Roosevelt and his US Car No. 1, or “Ferdinand Magellan.”

The car was an old Pullman, revamped with bulletproof steel, 12-ply laminated glass windows and two escape hatches: one in the roof, fashioned from an old submarine; the other in the bathroom. It was the Air Force One of its day.

“President Roosevelt traveled about 50,000 miles in the Ferdinand Magellan from 1943 to 1945,” says Cully Waggoner, historian at Florida’s Gold Coast Railroad Museum, where the restored car is now kept.

It became vital to the president — not for campaigning, but the business of war.

“Roosevelt’s first trip in the Ferdinand Magellan was to Miami, where he boarded the Pan American Airways Boeing 314 Dixie Clipper to travel to the Casablanca Conference,” says Waggoner.

“I have no doubt that he discussed with his generals and advisers the next phase of World War II.”

You can imagine Lincoln flinching at the “creature comforts” Roosevelt afforded himself. On tours of the Ferdinand Magellan, Waggoner reveals to visitors the rudimentary air conditioning, which involves fans circulating cool air, created by blocks of ice.

In the bathroom, meanwhile, is what appears to be a silver soap dish; in fact it’s what Roosevelt used to hold his cigars while he perched on the toilet.

Still, it was Roosevelt’s successor, Harry Truman, who made the most of US Car No. 1.

During his 1948 re-election campaign against Thomas E. Dewey, Truman journeyed some 28,000 miles across the States, making over 350 whistle stop speeches from the rear platform.

The car became not just Truman’s stage, but his home — a White House on wheels. The president is even said to have washed his socks in one of the on-board sinks.

Truman didn’t favor train travel as much as Roosevelt, but the slog was worth it. “Truman was never a very popular president and he was way behind in the polls,” says Waggoner, “However, he made a connection with the American people during those speeches and that is what pushed him onto victory.”

The rear of the Ferdinand Magellan is where a smirking Truman was snapped holding aloft the erroneous Chicago Daily Tribune headline: “Dewey Defeats Truman.”

Dwight Eisenhower was the last president to use the presidential car before it was mothballed, but he did so rarely. He was more interested in roads, signing the Federal Aid Highway Act of 1956, and — in the stroke of a pen — accelerating the rush of big auto and oil, and simultaneously hobbling the rail industry.

The presidential train had juddered to a halt. Or had it?

Though a president’s role often involves gazing into a rose-tinted future, nostalgia always plays well with a crowd. Presidents George H.W. Bush and Bill Clinton both jumped aboard the sentimentality train, with trips on the vintage Georgia 300 railroad car.

They were followed by Barack Obama and Joe Biden, who evoked Lincoln on their way to their 2009 inauguration.

In October 1984, Ronald Reagan dusted off the Ferdinand Magellan itself for a day-long tour of Ohio following in Truman’s tracks — and even speaking from the rear platform.

Really though, these were little more than flash-in-the-pan photo ops; could Biden’s presidency reignite POTUS’ personal bond with the rails for real?

The White House incumbent might favor the social aspect of trains, not to mention their green credentials (Amtrak says it is 47% more energy-efficient than traveling by car). But their sluggish nature doesn’t suit a man who has to be in a hundred different places at once.

There’s a security issue too; Biden’s plans to travel to his inauguration on Amtrak were thwarted following the Capitol riots.

“It is far safer and faster to transport a president by air than ground transport, so the likelihood of a president traveling by rail is highly unlikely,” Waggoner says.

At least Biden’s appointment might give the rail industry the boost it’s been crying out for.

In his 2020 election campaign, Biden called out for a “Second Great Railway Revolution,” and now that he’s behind the Resolute Desk, the industry seems cautiously optimistic he’ll be good to his word.

California High-Speed Rail — the ambitious (and much blighted) project that wants to whisk passengers from LA to San Francisco in two hours, 40 minutes — will be relieved of Biden’s appointment. His predecessor, Donald Trump, openly mocked the project, joking it would end up just one mile long — and even demanded money back.

“We are hopeful that we can move closer to that reality with this new functional federal partnership.”

Biden’s beloved Amtrak, too, has reason to be hopeful. In the article he wrote for its magazine, Biden described Amtrak as “a powerful and indispensable way to carry us all into a leaner, cleaner, greener 21st century,” going on to muse: “When you consider that it costs an average of $30 million for one linear mile of one lane of highway, you see what a sound investment rail travel is.”

Whether Biden’s presidency can spark a slew of progressive, high-speed rail routes to rival those in Europe and Asia — or even to improve local rail travel, now that a pandemic has egregiously stunted passenger numbers — is another question.

Says Cully Waggoner, “I would love to see Joe Biden do something similar to what Eisenhower did with the Federal Aid Highway Act, and help improve and expand national railroads like they did with the interstate highways.

“However, I don’t see that happening with a national debt of over $21 trillion dollars. It will take private companies to build these new railroads, rather than the government.”

A train may once have single-handedly saved a president’s hide. But it may be naive to think a president alone can now rescue the American train industry. 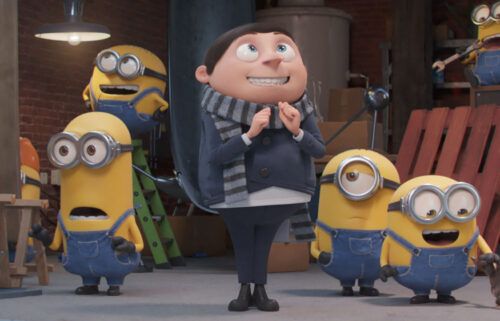