Along the beaches of Mexico, typically teeming with vacationers, there is a struggle between two powerful forces that won’t be going anywhere anytime soon: The very real concern for health and safety during the pandemic and an equally valid concern for economic survival.

Though Mexico has logged more than 180,000 Covid-19 deaths, it has some of the world’s loosest entry requirements for foreigners. Visitors aren’t required to submit negative test results, and there is no mandatory quarantine.

The pandemic’s economic effect on the tourism industry has still been devastating.

The world’s seventh most popular tourist destination, Mexico’s economy has grown to depend on what amounted in 2019 to about $25 billion in income from 45 million international visitors, according to estimates from the National Tourism Business Council (CNET) and a center for tourism research at Universidad Anáhuac.

Mexico saw international tourism income in 2020 sliced to less than half that of 2019, according to those figures. And 2021 isn’t looking much better.

New home-country restrictions are creating more travel hurdles for Mexico’s biggest groups of international visitors — Covid-19 testing requirements for travelers returning to the United States and Mexico flight suspensions for Canadians, making the light at the end of the tunnel for tourism recovery seem even dimmer.

Across Mexico, tourist destinations are operating on limited capacity per Covid-19 regulations. The country is struggling to adapt to its slowest high season in memory, with limited government help for many workers and businesses struggling to make ends meet.

“I guess Mexico has been doing what it can do,” said birdwatching guide Alex Martínez Rodríguez, but he said he doesn’t feel that the populist government is acting in the best interest of the people.

“They did the thing where we were avoiding crowds, keeping people in their houses and doing lockdowns, but that doesn’t work because the economy is a little bit different in Mexico,” said Martínez Rodríguez, who typically guides at least five tours per week in and around Puerto Vallarta. Now, he’s guiding two or three per month.

Many people in Mexico “make their money on a daily basis,” he says, so to eat that day, they must work that day. Much of the country’s population (more than half in 2018) is part of the informal economy, without much government oversight or labor protection.

“We in Mexico know that we cannot rely on the government; we have to do things for ourselves,” he says.

The Mexican federal government and several states have offered limited assistance compared with the nation’s northern neighbors, including one-time microloans of up to about $1,200 for people who can prove they are unemployed because of Covid-19. But with such a large informal workforce, the assistance has not been far-reaching.

In April 2020, Mexico made it clear that it would not be closing its borders, and indeed airports never restricted flights. Land crossing points were ordered to ban nonessential travel, but many travelers with a US or Canada-plated RV in the Baja California Peninsula have reported that the measure was arbitrarily enforced.

“There is no plan because there is no intention of using the border closure mechanism as if it were useful for the control of the epidemic,” said Mexico’s top epidemiologist, Dr. Hugo López-Gatell, at a news conference last year, adding that closing borders would not help slow the virus given Mexico’s population of more than 127 million. “On the other hand, it would affect the supply of inputs and the transit of people.”

As far as national tourism goes, Mexican President Andrés Manuel López Obrador had been on a campaign to end long holiday weekends in Mexico, encouraging the celebration of significant events on the actual calendar date. But the plan was rescinded in May 2020 to bolster national tourism during Covid-19 because of economic concerns for tourist sites.

CNN reached out to Mexico’s secretary of tourism for more information on the pandemic response as it relates to tourism but has not heard back.

De la Madrid argues that members of the tourism sector, including hotel workers and taxi drivers, should be among those receiving early vaccinations that the government is currently administering to essential workers and the elderly. In December, Mexico was the first country in Latin America to launch its coronavirus vaccination campaign.

“We have to help the sectors that move the economy, if not, the economy will not move and it is a social tragedy of terrible dimensions,” de la Madrid said.

Martínez Rodríguez, the birdwatching guide, said he has never witnessed such economic devastation in his 20 years in the tourism business.

“Not the world recession, not H1N1, nothing compares,” he says. “It will take three or four years for us to come out of this.”

Involved in conservation efforts to protect wild macaws in the region, he says another concern is that along Mexico’s coastline where development has been rampant, the majority of financial backing for conservation efforts comes from the entrance fees paid by tourists. As those fees dry up, it could mean catastrophic effects in the long term.

“You cannot blame people for canceling their trips,” he says. “Obviously people are doing what they are told and are doing everything they can to preserve their health.”

Among the harshest blows yet to tourism in Mexico came on January 29 when Canada announced that it would suspend all its major airline flights to Mexico and the Caribbean for three months — during high season — to step up Covid-19 prevention measures in the face of new variants.

Mexican officials balked at the decision.

“The government of Mexico calls for the most recent measure announced by Prime Minister Justin Trudeau to be withdrawn as soon as possible in order to prevent a deep economic crisis in the North American region,” officials said in a joint statement from Mexico’s Ministries of Tourism and Foreign Affairs.

Yet Canada has gone ahead with the suspension, making the 2021 outlook all the more dire.

Mexican tourism officials report that Canada’s cancellations alone would mean a loss of around $782 million dollars during the three-month period.

The flight suspension by Canadian airlines followed the implementation in late January of a new negative testing requirement for travelers returning to the United States — a measure that is likely to discourage some American travelers from venturing to Mexico.

In Huatulco, a low-key vacation town on Oaxaca’s coast, the impact of Canada’s flight suspension has been taking a toll. Ron Williams, owner of Las Palmas Villas & Casitas, says business has been down by about 80% over the past year.

“This is devastating for Huatulco,” Williams says. “Canadian tourism has been slow since the beginning of Covid-19, but at least the Canadians that owned winter homes here were still coming and that created a lifeline for small businesses, but now even homeowners have decided not to stay due to the flight situation.”

Guests are canceling even more so now because of perceived hassles related to new testing for returning travelers headed to the US and Canada, as well as stringent and expensive post-travel regulations in Canada.

In Huatulco, as in many foreign travel destinations in Mexico, healthcare providers have rushed to meet the demand of 24-hour turnaround for PCR tests so that tourists can arrange testing at their accommodations for extra convenience.

For those who are willing to make the trip, Williams offers suggestions for how to travel safely and peacefully, including hiring private chefs rather than dining out, and choosing warm destinations to visit where much of life is lived outdoors.

Williams said he will continue to pay his employees their normal salary as long as he can to support them and the local economy, though many Mexican workers aren’t as fortunate.

From stores to restaurants to tour groups and hotels, millions of people have been laid off or are underemployed, with little support from the Mexican government.

Nuria Girones, a former tour guide in Mexico City, says she found herself without work immediately as the pandemic spread. She has since had to diversify her income sources. Even so, she believes that Mexico is too lax in its regulations and has not found an adequate balance between protecting local health and local livelihoods.

“Like any other country, it is improvising with all possible resources in the face of an unprecedented situation that changes every week,” Girones said.

Girones said that people quickly forget that most of Mexico was until recently under a “red light,” according to the alert system Mexico uses to indicate Covid-19 risk, available hospital space and capacity limits for public spaces. Red indicates the highest risk and the most restrictions. Most of the country is now designated orange.

Even if she had the opportunity to give tours, she says she wouldn’t because “we have not yet passed the crisis, cooperation is needed from all sectors, even from tourists.”

“We are also observing since last year that the consequences of not taking this crisis seriously will lengthen the time without income,” Girones said. “My work stopped completely since the end of February 2020, for a few months I decided to wait for it to pass. I imagine that many of us did the same. Finally, I accepted that this might not change for some years.”

Tensions among travelers and locals

Meanwhile, events such as the Art With Me festival in Tulum, where pandemic precautions were widely flouted, have been labeled as superspreader situations, raising red flags about tourist behavior.

And there’s tension with foreign property owners who have more economic security than some of the locals they live among.

A business owner in Baja California Sur, speaking on condition of anonymity because of fears of community backlash, said the tension between the desires of some foreign residents and locals is high. It’s a tension that highlights the economic disparity between Mexico and the wealthier Canada and United States.

“There are Americans that own second homes here and are strongly requesting that no more tourists come, but meanwhile the businesses are suffering,” said the business owner, who needs every bit of income. “Many places have gone out of business, and others remain open trying to earn what little money there is coming in.”

Settling into the height of the second winter tourism season ravaged by Covid-19, the interests of health vs. economic welfare continue their tussle, in many cases highlighting visitors’ privilege and a lack of choice for locals who depend on tourism for their survival. 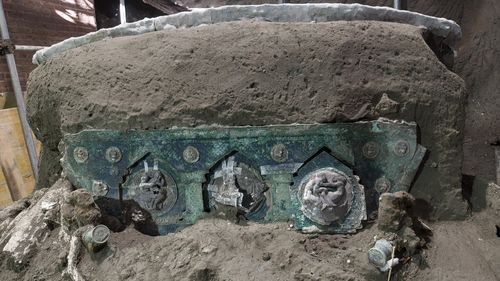 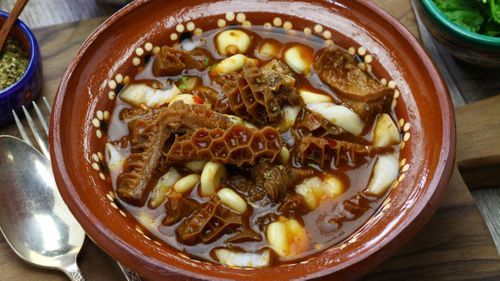 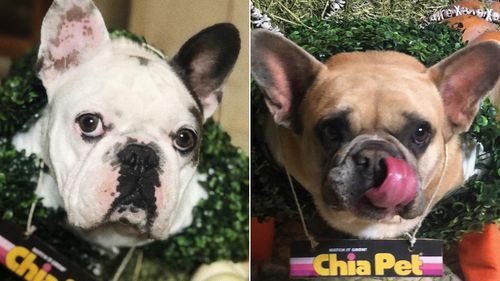