BLACK MOUNTAIN, North Carolina (WLOS) — An early morning run for a Black Mountain woman ended with a troubling discovery after something in her path caused her to do a double-take.

According to Ashlee Mooneyham, she was running along North Fork Road near Azalea Avenue on Friday morning when something unusual caught her eye.

“I wasn’t sure what it was at first,” Mooneyham said. “It kind of looked like it might be part of a Halloween costume, but it was actually a severed bear paw.” Mooneyham said she has seen a lot of strange things while running, but this ranks at the top.

“It was definitely really disturbing and startling,” Mooneyham said.

It may have been startling, but Jody Williams, founder of Help Asheville Bears (HAB), said this is an ongoing issue in the mountains.

“We have 34 bears missing limbs from illegal trapping,” Williams said. “This could quite possibly be another one missing a limb.”

Bear hunting is legal for permitted hunters in North Carolina; trapping bears is not.

According the North Carolina Wildlife Resources Commission, bear season opened on Oct. 18 and ends on Nov. 20 for Western North Carolina. It then re-opens from Dec. 13 through Jan. 1, 2022 for the same region.

“We’re not against hunting,” Williams said. “We are going after the illegal activities, the poaching and the bear part trade.”

What makes discovery worrisome, Williams said, is the plastic bag filled with salt for preservation purposes found alongside it.

“The paws and gall bladders are sold for a lot of money on the black market for Asian medicines,” Williams said. “One bowl of bear paw soup will cost you up to $1,000 in China.”

The future for bears missing limbs is bleak, Williams said. If a bear escapes leg hold or snare traps and is able to stave off infection, its foraging and defense skills are compromised, and it will likely suffer long-term medical issues.

“They will eventually start walking on their elbows or walking upright because of the arthritis and the pain that comes along with age – if they make it that long,” Williams said. “That’s when they really need the medical attention.”

According to Williams, HAB is working to launch the state’s first black bear rehabilitation center and sanctuary. The sanctuary would be privately funded and would provide long-term care for injured bears.

Williams also said HAB offers rewards of up to $10,000 for information on bear poaching and those dealing bear parts on the black market. 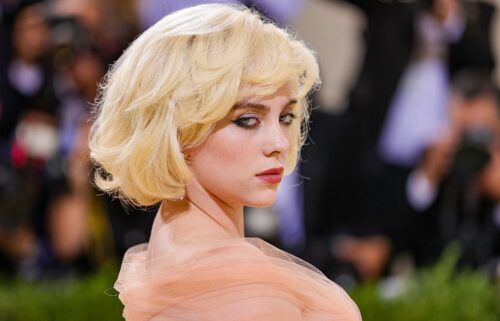