MIDDLETOWN, Connecticut (WFSB) — A Middletown officer is expected to be okay after a woman assaulted him.

The incident initially started around 8:40 Tuesday night when police received a call saying that three people were seen spray painting the sidewalk in the area of Park Place and Washington Street.

Officers spoke with the male caller face-to-face and were informed that after one of the suspects walked away from the sidewalk, he went over to find that they #KeepKloverFree was spelled out in yellow spray paint on the sidewalk.

Investigators went to examine the spray paint and, judging by the appearance, believed it was spray painted on using a stencil.

About forty minutes after the call first came in, Middletown Police said officers witnessed an individual, later identified as Chanice Reyes of Middletown, with a large canvass bag with paint all over it crouch down “as if she was attempting to hide something”.

Investigators approached Reyes, who was acting in a suspicious manner, and observed several cans of spray paint in her bag.

Reyes immediately became confrontational, according to the police report.

Officers then told Reyes to turn around and stop reaching into her pockets.

At some point, police grabbed her, but she attempted to break away, continuing to disregard every lawful order.

Investigators eventually got Reyes onto the ground so they could properly detain her, but she was still “verbally combative and non-compliant with Officers on scene”.

Hunters Ambulance was requested to the scene to evaluate Reyes. She continued to use vulgar language and refused to sit down while waiting for medical personnel to arrive.

Police say she did not have any labored breathing or speech prior to when Hunters Ambulance arrived and continued yelling and screaming at officers while still refusing to sit down, going as far as telling the officers to “suck a dick”.

Authorities described Reyes’ overall language to be obscene and her behavior as tumultuous.

Reyes continued reaching into her pockets, even while she was handcuffed, and continued to disregard officers’ commands.

Officer tried placing her into a police cruiser, but Reyes refused to stand on her own and became dead weight. Once she was finally placed inside, she began thrashing around and kicking her legs.

Investigators found a stencil that matched the vandalism on the sidewalk inside Reyes’ backpack. Police also seized various stencils and nine total cans of spray paint.

Reyes was searched at the scene, but became combative and attempted to kick one of the officers, prompting investigators to take her to the ground once more.

After their search was finished, Reyes again refused to stand and became dead weight. Officers then physically picked Reyes up and placed her into a police cruiser.

Reyes was non compliant when she was brought back to Middletown Police headquarters, refusing to be booked, fingerprinted, answer questions, or stand on her own weight.

She was then carried by her underarms to a padded holding cell where she was kept under constant observation.

At some point, Reyes put her mouth on an officer’s leg, but he was able to maneuver it out of her mouth before she broke the skin.

The same officer also injured his finger during the incident and later sought treatment at Middlesex Hospital.

Middletown Police went back out that night and found that #KeepKloverFree had been spray painted in front of a business along the 600 block Main Street, the sidewalk on the corner of Main and Washington Streets, and on a traffic control box on the corner of Washington and Pine Streets.

These stencils were each spray painted on with different colors and matched those spray paints and stencil found in Reyes’ possession.

According to police, #KeepKloverFree is associated with Reyes’ website, keepkloverfree.com, which states that “Klover aka Chanice Reyes is a lifetime artist with a degree in Fine Arts”.

Reyes was found in several videos and pictures on social media when police searched for #KeepKloverFree.

Police charged Reyes with criminal mischief, interfering with an officer, assault of public safety personnel, breach of peace, and failure to fingerprint.

This isn’t Reyes’ first run in with law enforcement officials. Middletown Police noted that she had been arrested on several charges, including obstructing assault with the intent to cause physical injury with a weapon/instrument, in New York.

Reyes also has pending cases in both New Britain and Middletown. Between both cases, she is facing charges of breach of peace, assault, disorderly conduct, interfering with an officer/resisting, and assault of an elderly person or other. 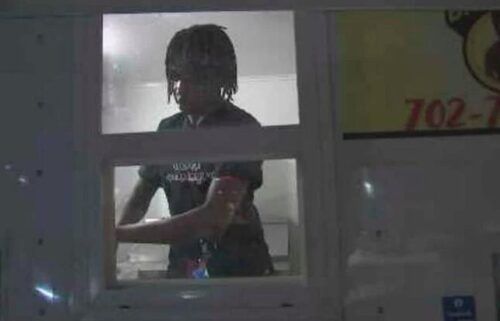 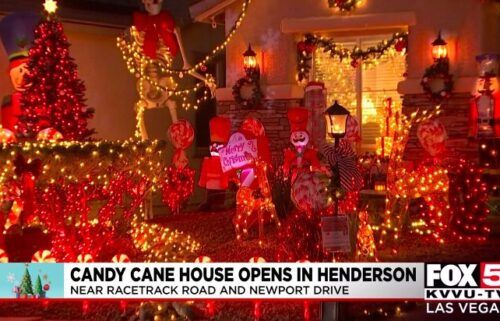 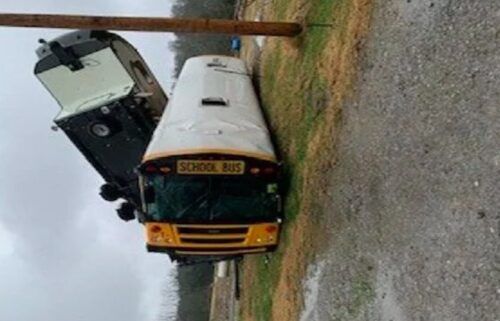