As of Tuesday morning, the Dixie Fire had burned 59,984 acres and was 15% contained, according to Cal Fire. California has secured a grant from the Federal Emergency Management Agency, or FEMA, to help battle the wildfire affecting Butte and Plumas counties, Gov. Gavin Newsom’s office announced in a Tuesday release.

The fire sparked July 13 north of the Cresta Dam, which is not far from where the 2018 Camp Fire sparked northeast of Paradise and claimed the lives of more than 80 people.

More than 800 structures remained threatened as of Tuesday, according to Cal Fire. Two structures have been destroyed.

Dixie Fire outlook Cal Fire said Tuesday morning that that fire was active overnight and is still moving to the east and north. Isolated thunderstorms are possible Tuesday afternoon and evening.

More evacuation orders were issued Monday evening for residents in the community of Seneca, the Plumas County Sheriff’s Office said.

Sean Norman with Cal Fire said in a mid-morning update Tuesday that the fire has pushed out across the north fork of the Feather River near Caribou in Plumas County.

“We expect to have another difficult day on the fire but we’ll pick up some successes as well,” he said.

Tony Brownell, an operations chief with Cal Fire, said Monday that there were concerns about the fire heading to the community of Jonesville. The fire is not, however, moving toward Paradise and Magalia — communities affected by the deadly 2018 Camp Fire.

Despite the active northern end of the fire, crews are mopping up in the lower half, Brownell said.

A meteorologist with Cal Fire said the fire at some point generated a thunderstorm above itself.

Drones are also becoming a problem in the effort toward containing the fire. Butte County Sheriff Kory Honea said during a Monday evening briefing that at least two drones have been spotted in the air since the fire started. Honea said when drones are in the air, all aircraft must be grounded, and it takes at least 30 minutes to clear them to launch back up.

Honea noted that flying drones during a wildfire is against the law and is punishable with 12 months in jail and a $20,000 fine.

The utility said in a filing Sunday that a repair person responding to a circuit outage July 13 spotted blown fuses in a conductor atop a pole, a tree leaning into the conductor and fire at the base of the tree.

PG&E equipment has repeatedly been linked to major wildfires, including a 2018 fire that ravaged the town of Paradise and killed 85 people. 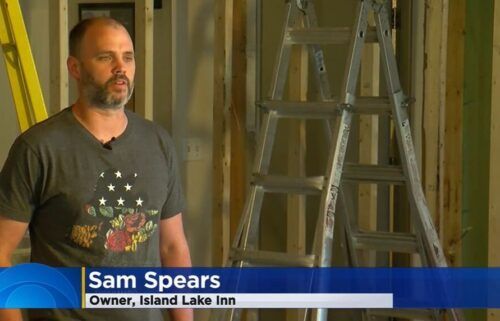 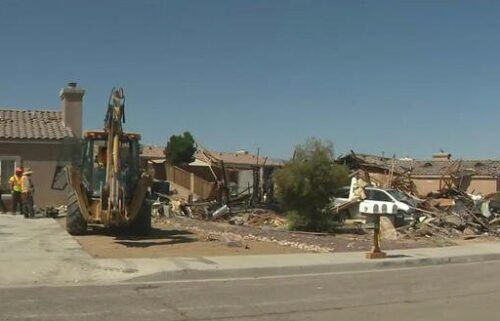