LOS ANGELES (KABC) — The 22-year-old who was killed in a shooting in South Los Angeles last week was the son of a Los Angeles activist who monitors and criticizes police misconduct on social media.

William Gude’s son Marcelis was fatally shot on June 15 while he was standing on the street near East 102nd and San Pedro streets in South LA.

An 8-year-old girl who was riding her bicycle in the area was also struck by gunfire on the arm and treated at a local hospital.

It’s unclear why Marcelis Gude was targeted in the shooting.

“Marcelis was an intelligent, funny, and charismatic young man,” the family wrote on a GoFundMe page.

“He was not a gangbanger or violent type, quite the opposite actually. Living a full and happy life was his only motive. Those who were close to Marcelis always mentioned what a kind, gentle, and pure human he was.”

Gude maintains a Twitter account – FilmThePoliceLA – with more than 5,000 followers in which he films police activity, particularly in the Hollywood area, and criticizes what he believes to be instances of racial profiling or excessive force.

Now he finds himself in a position he never expected: mourning his son while relying on the LAPD to try to find his killer.

“It’s been devastating,” Gude told Eyewitness News. “It’s devastated my family. You don’t expect to have this happen to your 22-year-old.”

Gude vows to continue his efforts to hold the LAPD accountable and to make sure Marcelis’ murder doesn’t go unsolved.

“I believe in accountability all the way around – for the people who did this to my son and for the police officers out on the street. I believe there are good cops out there who are unhappy with the misconduct.”

He says his son is his hero. Marcelis’ kindness and generosity touched so many – a legacy he says he will fight to continue.

“I hope that with this tragedy at least they can pick up a little bit of his personality a little of that kindness and spread it throughout the world.”

In his Twitter account, Gude expressed gratitude for LAPD officers who reached out to him to express their condolences. But he also doesn’t hold back on expressing frustrations with the pace of the investigations, saying detectives who said they were going to meet with him and his sons’ friends did not fulfill those commitments.

He also said he wants to dedicate himself to helping other parents who have lost children to homicide, particularly those that don’t have the resources to stand up for themselves.

“I’m gonna put a lot of effort into bringing a face and personal stories of young people killed in LA,” Gude tweeted. “I don’t want to see another kid go faceless, unnamed and forgotten. These kids are precious to their families. Keeping their stories alive may save a loved one.” 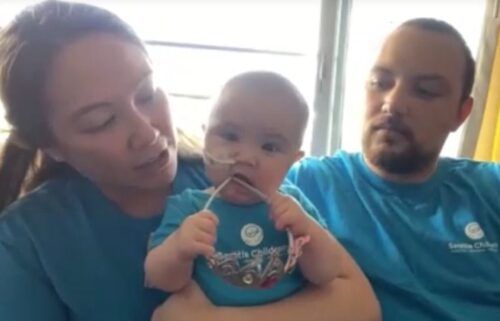 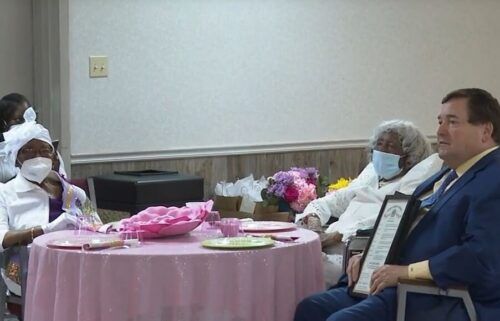