“I came out and I saw the trailer over there on fire, and then I watched it jump to my best friend’s house,” said Judy Bishop on the stoop of her home Monday night.

Power was out to her home as power lines were being repaired overhead.

“I heard some fireworks, sounded like fireworks … I looked up and I see like my curtains like, light up,” David Arteaga said. Arteaga said after seeing a ball of fire out the window, he started going door to door to get everyone out.

“It was chaos,” Arteaga said.

Arteaga said he thought he lost his trailer and was stunned to return home and find it still standing. The skirting was melted but somehow firefighters managed to save his home.

Dwyane Wilburn, who has lived at Alta Vista Mobile Home Park for 20 years, said things got desperate and people were trapped at the back of the park with the exits at the front blocked by fire.

“I was thinking, me and my family, we can get over the back wall if we have to, but we have many, many elderly people here that wouldn’t be able to do that,” Wilburn said. He credited first responders for saving lives during the fire.

“The police department came down, they cut a hole in the fence, helped everybody get out into the desert. Got us all out,” Wilburn said.

One hundred residents took shelter at CT Sewell Elementary School on Sunday night. While looking at the charred remains of a close friend’s home and Harley Davidson motorcycle, Wilburn said he is heartbroken for his neighbors who lost everything.

An emergency shelter has been set up at Heritage Park Senior Facility for displaced residents, with an emergency pet trailer available to those who want to shelter with their pets. The cause of both fires is still under investigation. 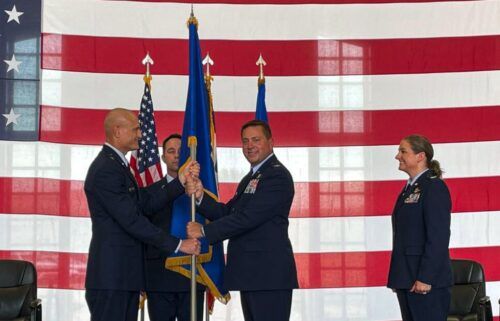 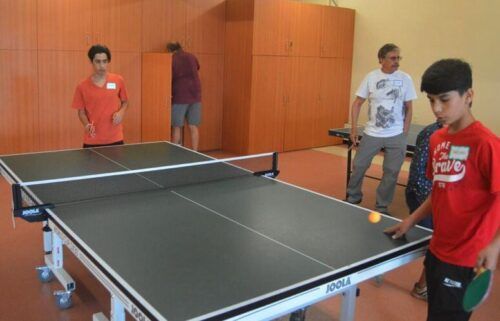