Fall is almost here, we’re approaching our seventh season of living with a pandemic, and yes, it still sucks.

Never mind, though, as CNN Travel is here as always to sharpen your pencils, straighten your rucksack and get you schooled in our weekly roundup of the latest developments in pandemic travel news.

France has become the latest European country — and the most significant tourism destination — to remove the United States from its safe travel list, following EU recommendations in the wake of a US Covid spike.

A French government decree issued on Thursday bumped the United States and Israel from the country’s “green” list, down to “orange,” effectively prohibiting nonessential travel to France for unvaccinated visitors.

However, the caution is reciprocated. France was added to the US Centers for Disease Control and Prevention (CDC)’s highest-category risk list — “Level 4: Covid-19 very high” — back on August 9, meaning US citizens are already advised to avoid nonessential travel there.

2. And Spain has done the same

In a change from policy earlier this summer, Spain is allowing tourists from the United States only if they are fully vaccinated, the health ministry told CNN on Tuesday.

The new rule, which took effect this week, states that visitors from the United States on “nonessential travel,” such as tourism, must show “a vaccination certificate that the (Spanish) Ministry of Health recognizes as valid.”

3. Cuba will start to reopen its borders in November

Cuba’s state-run media has announced that the island will begin to reopen borders in November, despite a recent surge in Covid cases.

Cuba has been closed for much of the pandemic, which has hit the local tourism industry hard.

According to Cuba’s Ministry of Health, more than four million people on the island have been fully vaccinated with the island’s home-grown vaccines.

A statement from the Ministry of Tourism that was published on Monday in the Communist-party newspaper Granma said that Cuba will gradually reopen borders starting November 15 and will no longer require travelers to take a PCR test upon arrival.

4. Israel will reopen to small groups of tourists this month

Fully vaccinated tour groups of between 5 and 30 people from countries on Israel’s green, yellow and orange lists will be allowed to enter the country, the tourism ministry said on September 5.

Individual tourists will still not be allowed to enter outside of a tour group, with exceptions being made for people visiting family members.

5. The Vietnamese island of Phu Quoc will reopen next month

Vietnam has taken a tough line with its Covid restrictions — this week a man was jailed for five years for spreading the virus — but there are still plans to revive its tourism industry.

Authorities hope to reopen the island getaway of Phu Quoc to foreign tourists from next month, for a trial period of six months.

The 222-square-mile island is known for its stunning beaches, including Sao Beach, Long Beach and Ong Lang Beach.

6. Jamaica and Sri Lanka have been added to the US ‘do not travel’ list

Two tropical islands half a world apart and popular with tourists — Jamaica in the Caribbean and Sri Lanka in South Asia — are the latest additions to the CDC’s ever-expanding list of the highest-risk destinations for Covid-19.

They join the likes of Greece, Portugal, the UK, Ireland, South Africa, Thailand, the Bahamas and many other much-loved vacation spots.

7. The UK government was blasted for long lines at London Heathrow

Last weekend saw huge lines at London’s Heathrow Airport as families returned from trips abroad in time for the new school term. Social media erupted, with some claiming to have been kept waiting for hours.

The UK government might scrap its travel traffic light system within weeks, the BBC reports, and could be replaced with a new strategy that would allow vaccinated travelers to go quarantine-free to countries with similarly high levels of vaccination as the UK.

8. Time Out has named its ‘best cities in the world’

San Francisco — renowned for its booming tech industry, sumptuous restaurant scene and THAT bridge — has been crowned the “world’s best” city, according to Time Out.

Time Out says San Francisco’s “unbeatable combination of progressiveness, acceptance and sustainability” clinched it the top spot. It was also applauded by Time Out for its response to the pandemic, and for boasting one of the highest vaccination rates in the US.

9. The Macy’s Thanksgiving Day Parade will be a bit more like normal this year

The world-famous Macy’s Thanksgiving Day Parade will return to a more traditional route in 2021 and the public will once again be able to line the streets of Manhattan to watch.

However, masks will be required for volunteer participants and staff and a vaccine mandate will apply, with few exceptions.

Public viewing locations, entry guidelines and restrictions will be announced in November.

10. Delta Air Lines says the stick part of its ‘carrot and stick’ strategy is working

US airline Delta announced in late August that, while it wasn’t mandating vaccinations for employees, after November 1 those who weren’t jabbed would face a company health insurance increase of up to $200 a month.

The company reported Friday that since the announcement, its employee vaccination rate has already shot up from 74% to 79% — a big leap in around two weeks. There remain around 20,000 unvaccinated Delta employees. 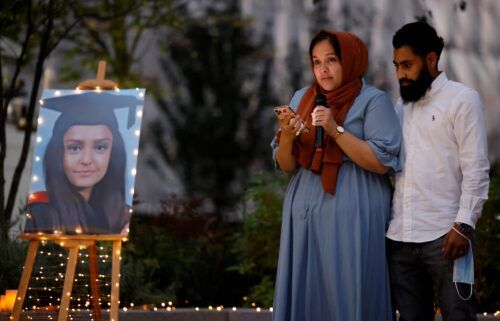 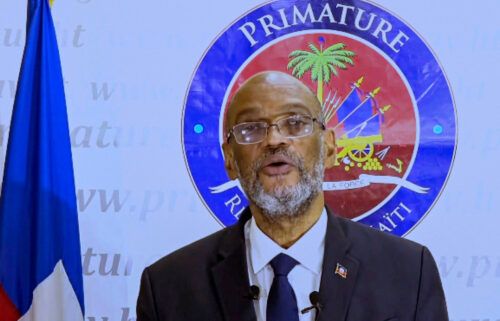 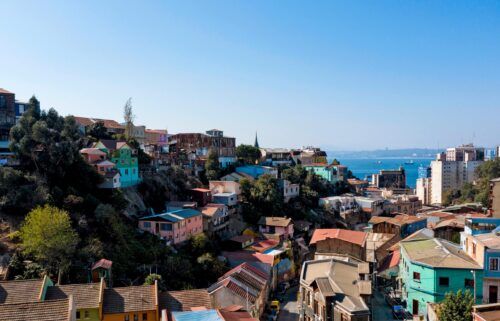